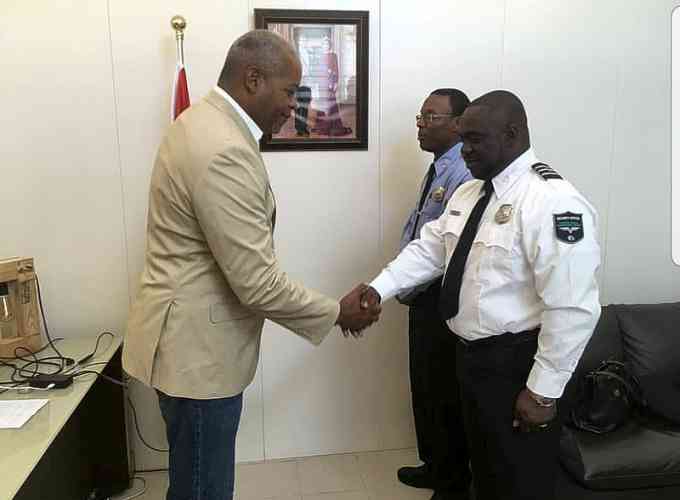 Security Department Supervisor Previn Hodge was sworn in once again during the brief ceremony, after 20 years of service. Hodge was part of the first group of auxiliary police officers of the former Netherlands Antilles. However, he had to be sworn in again under St. Maarten’s new country status.

Security Officer Hosea Hicks was also sworn in after he also completed the BAVPOL course in June 2016.