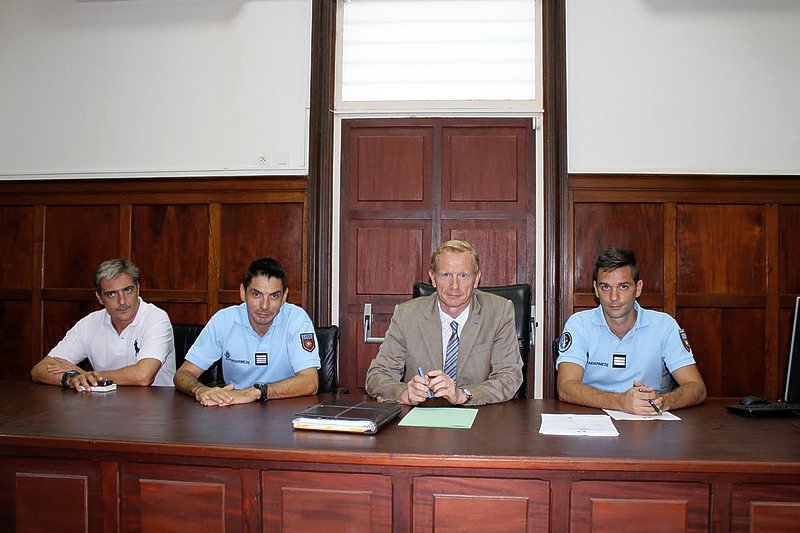 GRAND CASE– Deputy Prosecutor in French St. Martin Yves Paillard on Monday shed light on the murder of two men and the attempted murder of two others after an incident at a bar in Grand Case in the wee hours of Sunday morning.

The authorities are calling on witnesses to the incident to come forward. Paillard told reporters at a press conference on Monday afternoon that the incident had stemmed from a dispute that erupted after a man who was armed with a Glock 17 gun was dancing with the partner of another man with whom she was living together with four children. The woman’s partner and two of his friends approached the man who had been dancing with the woman and an argument ensued.

The man who was armed with the gun shot the woman’s live-in partner, who later succumbed to his injuries. The two friends who accompanied the live-in partnerbecame infuriated and retaliated by violently beating the shooter. They grabbed his weapon from him and attempted to use it, but the weapon did not go off. The shooter was then beaten to death with his own gun.

According to the authorities, after fleeing the bar the two friends went to the home of a man in Grand Case they accused of pairing the woman with the man with whom she had been dancing. The men fought with this man and attempted to shoot him, but the weapon again did not go off.

This man managed to wrestle the weapon from the hands of one of the friends and ran to the nearby Gendarmerie where he handed over the weapon and reported the incident. Had the weapon gone off on all the occasions it had been fired, there would have been four deaths that night, the Deputy Prosecutor said.

Two persons were arrested in connection with the incident and have been transferred to Pointe-à-Pitre in Guadeloupe. One of the men was arrested at 5:00am Sunday and the other at 11:00am Sunday. Paillard said all of the persons involved in the incident are between the ages of 24 to 26.

The authorities did not release the names or initials of the two victims or the suspects arrested.