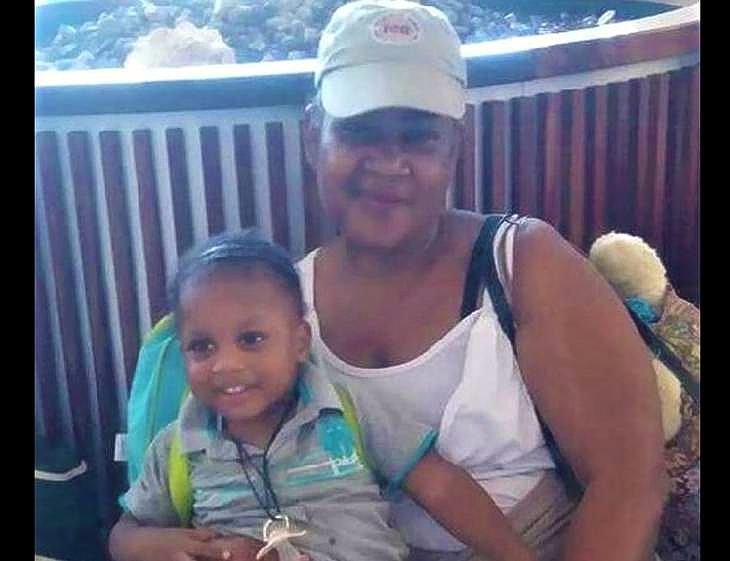 PHILIPSBURG—According to the online publication www.triniexpress.com, the bodies of Trinidadian Melan June Salvary-Doyle and her three-year-old grandson who were swept to their deaths by raging flood waters as Hurricane Irma pummeled St. Maarten/St. Martin last week would be returned to Trinidad and Tobago at the expense of the Trinidad Government.

Minister in the Office of the Prime Minister Stuart Young made the announcement at the post-Cabinet media conference on Thursday, the website reported. Young said the Government had heard the relatives’ cries for help to bring the bodies back to Trinidad for burial.

He said, “Today we would like to announce that the Government of Trinidad and Tobago has heard the plea for help in bringing the bodies back home and we are going to make all attempts to facilitate that.” Young said the bodies would be removed from St. Maarten/St. Martin to Antigua where arrangements would be made to have the remains flown back to Trinidad.

“We will have the bodies removed from St Martin to Antigua. We will be reaching out to the Government of Antigua through diplomatic channels of communications to then see if they can assist in getting the bodies back home from Antigua to Trinidad and Tobago,” he said.

He said the Ministry of Foreign and CARICOM Affairs will inform Salvary-Doyle’s relatives of the latest developments. “Please, again accept our great sympathy and condolences. The Government is going to make all efforts to assist the family in terms of getting the bodies back to Trinidad and Tobago,” he said.

The bodies of 63-year-old Salvary-Doyle and Olivier who was born in St Martin were discovered on Sunday, three days after they disappeared. It is believed that the two drowned in the flood waters. Relatives said Salvary-Doyle and her grandson were trying to escape while their shelter was being torn apart. Her daughter, Daphne Doyle, filed a report that her mother and son were missing.

Salvary-Doyle had travelled to St Martin frequently to assist her daughter in caring for her young children. Little Olivier, relatives said, stayed with his grandmother in Trinidad. The two had arrived on the French side of the island of St Martin three weeks ago. There were 10 deaths reported on the French side and 4 on the Dutch side.