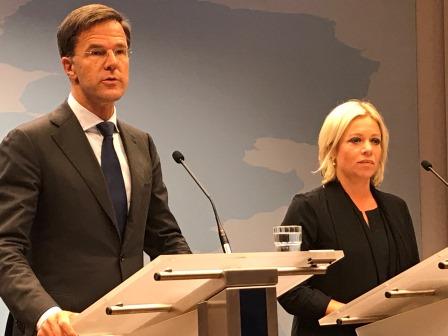 The nationality and identity of the victims is unknown as yet, Rutte stated during a press conference. This brings the total of fatalities on the Dutch side to four. One of these persons died of natural causes.
Rutte also announced that an expert team is leaving for St. Maarten shortly to make an inventory of the assistance that is needed to rebuild St. Maarten’s most essential infrastructure after the initial emergency aid. After this inventory, a recovery plan will be drafted for the long term. “We now have to consider the next step to further help St. Maarten.”
The project leader of this team is Hans Leijtens, who earlier had been appointed quarter master of the St. Maarten Integrity Chamber. Leijtens is a former Royal Marechaussee Commander with broad experience. The Ministry of Home Affairs and Kingdom Relations BZK is in charge of this team.
The Prime Minister explained that more patients were being evacuated today, Sunday, as well as severely affected personnel and family members of Dutch Defence, the local police force and emergency workers, and stranded tourists.
The next priority group to leave the island in the coming days are persons who temporarily work or study in St. Maarten, said Rutte. The Marechaussee have set up an evacuation centre where people who want/need to depart can register. The Marechaussee will prioritise the persons’ order of departure, added Minister Hennis-Plasschaert. People are being evacuated to Curaçao with the C-130 aircraft of Dutch Defence and the Dash aircraft of the Dutch Caribbean Coast Guard.
The safety situation on the island is stable, but fragile, said Rutte. He said that “luckily” Hurricane José passed at a safe distance, even though it did temporarily hinder the emergency assistance. Efforts have now resumed, including the distribution of food supplies and water. The situation on St. Eustatius and Saba has stabilised somewhat, though there are concerns about the dwindling food supplies and water.
Meanwhile, the building of the capacity of the Dutch Defence contingent continues, announced Defence Minister Jeanine Hennis-Plasschaert. She stated that on Sunday there were a total of 392 militaries on St. Maarten, and that on Monday another 44 would be added. On Monday, a large C-17 aircraft with 120 marines will leave for Curaçao from where they will be transported to St. Maarten. By Tuesday, there should be about 550 militaries on the island, she said.
The BZK Ministry has decided to dispatch the entire Urban Search and Rescue (USAR) team to St. Maarten. A reconnaissance team already left on Saturday and is awaiting transport from Curaçao. The entire team of 59 persons with their complete equipment will depart from Eindhoven Airport on Monday morning.
The USAR team will contribute to the coordination of the emergency relief assistance, provide humanitarian emergency help and support the civil emergency services on the island. The team includes search and rescue experts, nurses and doctors, engineers and supporting personnel. The team has proven to be a great asset after earthquakes in Morocco, Pakistan, Haiti and Nepal.
Minister Hennis-Plasschaert announced on Sunday that the Dutch Navy will carry out a thorough inspection of the harbour, also on the request of French authorities. The intention is that French frigates will be able to moor at the Dutch side harbour to unload relief supplies for the French side. French authorities have also asked for assistance in order to use the runway on the Dutch side.
Rutte said that he had been in regular telephone contact with French President Emmanuel Macron, up to Saturday, to discuss the cooperation which Rutte said has been going “very well.” “We assist where we can. The harbour and airport inspections are a good example of that. It is now one island.” Hennis-Plasschaert said that a French liaison officer worked at the National Crisis Centre in The Hague to help coordinate the cooperation.
Hennis-Plasschaert said that on Sunday there were four flights with the C-130 and the Dash aircraft. Asked about the possibility of commercial airlines landing on St. Maarten, the Minister said that the focus was now on emergency relief, which includes the restoring of essential infrastructure such as the airport and harbour.
The Minister explained that commercial airlines, unlike military aircraft, required handling facilities which were not available now. She said that as soon as the airport was ready to receive commercial airlines, flights would resume. “We are restoring step by step. First emergency relief. Then we will work on getting things moving on the island again,” added Rutte.
Rutte specifically thanked the militaries who worked tirelessly in St. Maarten and also everyone else working for St. Maarten in Curaçao and Aruba. “The Kingdom is cooperating intensively. That is great to see everyone’s involvement and commitment. This is a matter of the Kingdom, assisting each other when in need. It fits the character of the Kingdom,” he said.
The Netherlands Red Cross announced on Sunday morning that donations to giro 5152 had already yielded more than 1.5 million euro, and this amount was expected to surpass 2 million shortly. The public broadcasting company NPO and the Red Cross are preparing a national TV campaign to collect donations.
The Red Cross stated that it was “moved” by the solidarity of the Dutch people, and called on the community to keep donating, because a lot more money was needed to assist the victims on St. Maarten.
Relief assistance to the island will be “up-scaled” with the additional funds that it receives, stated the Red Cross in a press release. More clean drinking water, food, tents, jerry cans, generators and tarpaulins will be sent.
The organisation called the situation “extremely worrisome” and said it was a “race against the clock” to get the supplies to the island. On Sunday, a new load of relief supplies was transported from Curaçao to St. Maarten with military aircraft of Dutch Defence.
Additional Red Cross volunteers are travelling from Curaçao to St. Maarten. They will coordinate distribution of relief goods, make an inventory of further assistance that is needed and they are giving first aid to victims. 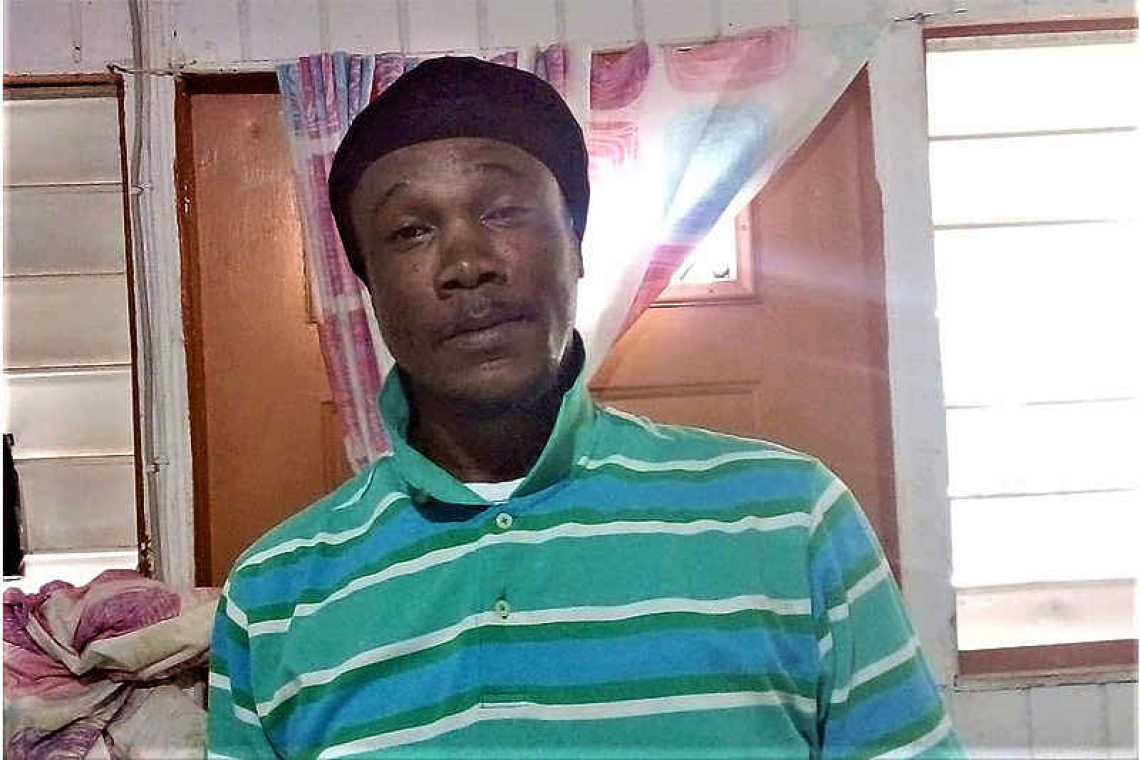 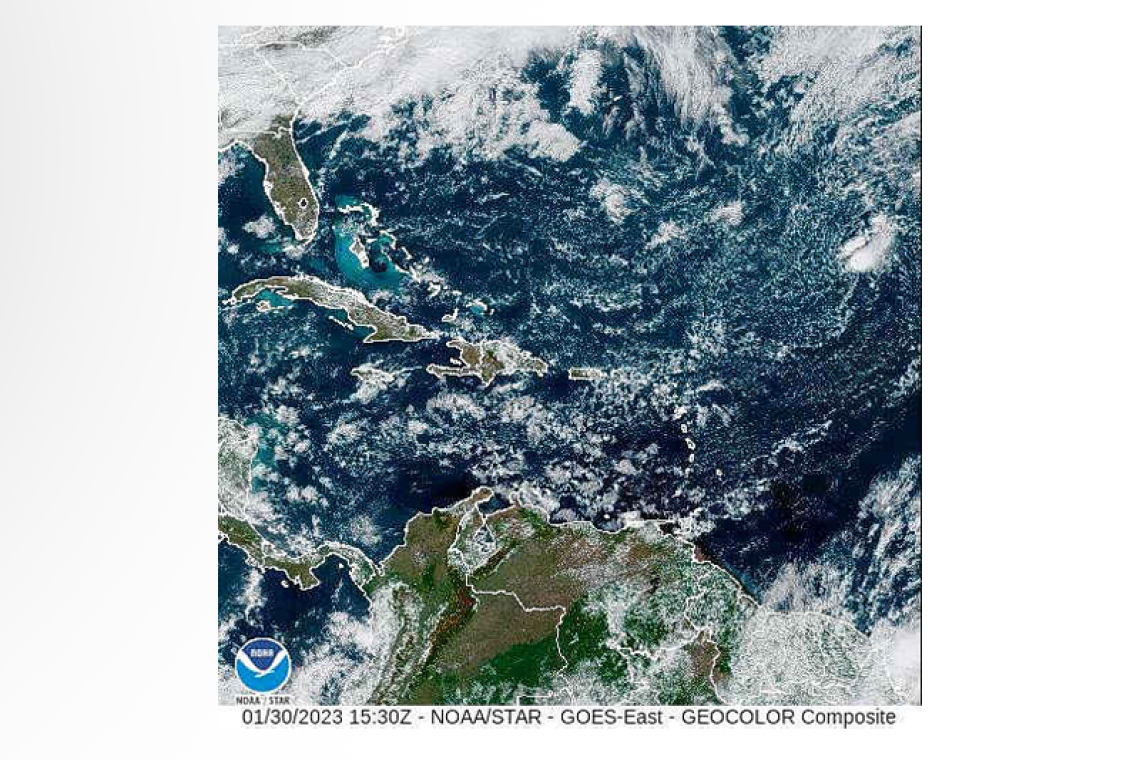