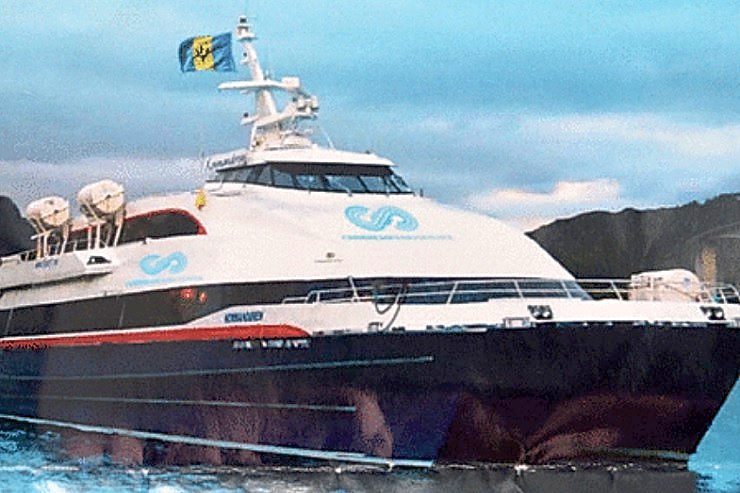 BRIDGETOWN, Barbados–A long-awaited passenger ferry service linking some islands of the Caribbean could be starting operations by year-end. But it may not be the only one.

While the Barbados-registered Caribbean Ferry Service is in the process of finalising paperwork to operate two vessels, another effort is being made to get a double-decker ferry boat with a capacity of 350 people to travel within the southern Caribbean.

According to the Nation newspaper in Barbados, Caribbean Ferry Service will operate The Dream Jet Express and The Opal Jet Express for travel and cargo.

It says the service will be initially accessible to travellers in Barbados, St. Vincent and the Grenadines and St. Lucia, and other islands would eventually be added to the itinerary.

Chief Executive Officer Randy Connor said the vessels will have two homeports: St. Vincent and the Grenadines and Barbados.

Meanwhile in Dominica, Captain Neville Wade, who has been in the shipping business for over 50 years, told a local television station that he’s hoping to have his ferry boat operational by this month.

“I know that we are not going to get 350 people one time between the islands. Maybe we can get 250. I hope the ferry works well and I hope we can get a second ferry and connect to Tortola, to Trinidad, on a daily basis. We will begin with a once weekly movement, because we believe the travellers can go from St. Lucia, St. Vincent, Grenada and Trinidad in one day,” he said.

Former Dominica Minister of Tourism Ian Douglas has applauded Wade’s initiative. He described it as an important step towards expanding travel options within the Caribbean.

“The Government and the Ministry of Tourism have been trying to boost arrivals into Dominica because that is one of the ways of getting tourists into your country – to have more avenues to bring them in. The Government has been working with [Leeward Islands Air Transport – Ed.] LIAT and we have invested EC $8 million.

“We have been working with [Windward Islands Airways International – Ed.] Winair, we have worked with Seaborne, all in an effort to try to boost our arrivals so that we can fill the hotel rooms that we have. Mr. Wade has been listening to that discussion and has decided to invest in a ferry so that he could assist in bringing more persons into the destination and we are very happy for that,” Douglas said. ~ Caribbean360 ~