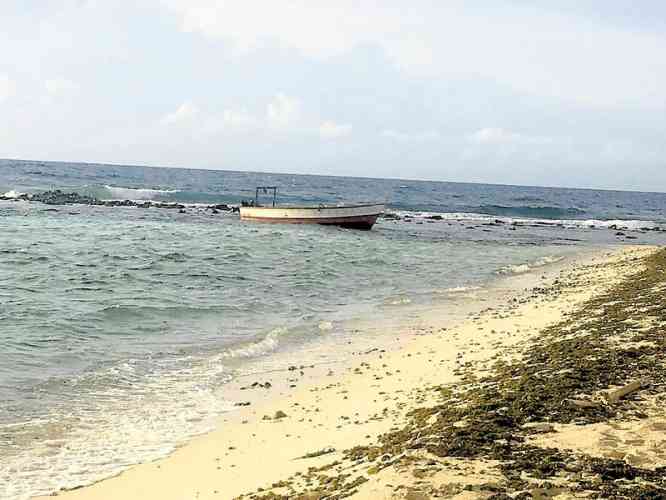 ARUBA–Aruban authorities discovered two male bodies early Saturday after finding an empty boat at Santana di Cacho. One dead man had to be pulled from the water, while the other was on land not far from the abandoned vessel.

After the suspected smuggling boat had been detected around 3:55am a search started in the area near San Nicolas. They soon caught three Venezuelans believed to be illegal migrants and then detected the first undocumented corpse.

A second victim was spotted floating in the sea by a Dutch Caribbean Coast Guard helicopter aiding in the operation. The body was recovered and lacked any form of identification as well.

Later a fourth live suspect was held in The Colony. All four detainees now face deportation.