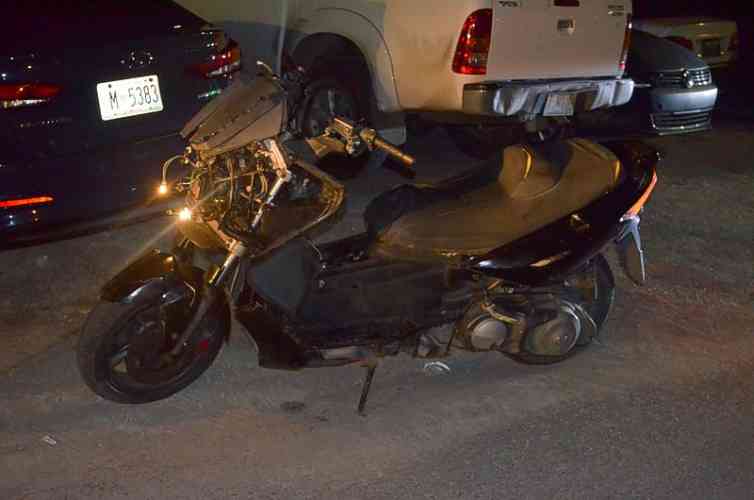 SIMPSON BAY–The Police Traffic Department responded to a traffic accident on Welfare Road in the vicinity of Snoopy’s Bar at 10:50pm Sunday. A pedestrian R.G. was struck while crossing the street by a motorcycle ridden by a man M.L.V. who lost control as a result of the accident and fell to the ground.

Police spokesman Chief Inspector Ricardo Henson said on Monday that R.G. had suffered a broken left arm, a broken right ankle, an open wound to his right leg, open wound on his right hand and numerous bruises to his body. M.L.V. suffered a concussion, a broken nose and complained of pain in his neck.

Both men were treated on the scene by paramedics and then transported to St. Maarten Medical Center for further treatment.