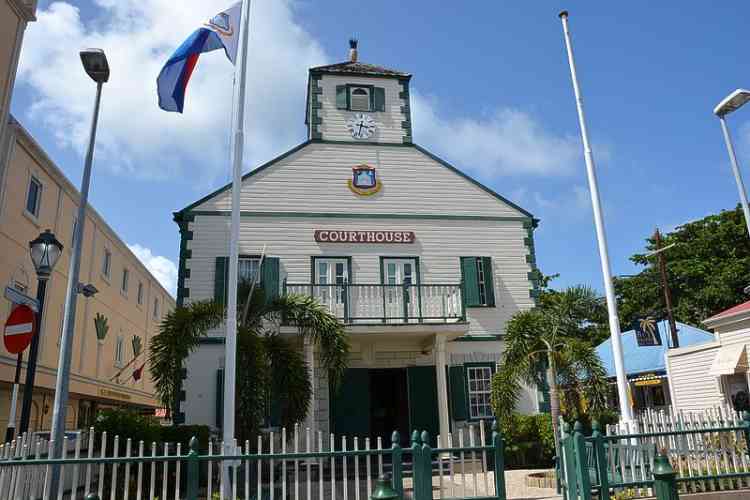 PHILIPSBURG–The Court of First Instance will present its decision on July 13 in the trial of two former InselAir employees accused of defrauding the airline of approximately US $92,000, the Judge announced Friday.

InselAir St. Maarten’s Station Manager A.A.H. (51) and Ticket Office Manager S.B.B. (28) are accused of defrauding the airline in mid-2016. The two, who committed the alleged embezzlement and money laundering independently from each other, are contesting the alleged amounts, which they claim were in fact considerably lower.

The station manager is facing six months, three of which are to be suspended, on two years’ probation, and payment of the maximum amount of NAf. 50,000 in damages.
If it were up to the Prosecutor, the ticket office manager was to be sentenced to 180 hours of community services, or 90 days in case of non-compliance, and payment of NAf. 37,140 in damages.

The Judge decided during a previous hearing held April 11 to suspend the trial to add bank statements to the case file.

The funds were discovered to be missing after an audit by an external team of investigators mid-August 2016, after reports of missing funds had surfaced at InselAir’s main office in Curaçao several months before. The airline sent the manager on immediate leave of absence, while the company terminated the ticket office manager’s contract.
Talks started for a settlement between parties, but management decided to go another route later and filed an official complaint with the police.

Meanwhile, A.A.H. had travelled to the Dominican Republic. He was arrested May 16, 2017, on his return to St. Maarten, and was held in custody until May 24, 2017.
Both defendants confessed they had taken money from their employer. The station manager took the money as he felt that he was underpaid, whereas the sales agent committed the alleged fraud to pay off her debts to several parties.

According to InselAir, which filed claims against its two former employees, H. defrauded them of $88,450 and B. of almost $30,000.

The money was obtained from ticket sales. Part of the revenues was not deposited in the company’s bank account but allegedly disappeared into the manager’s and sales agent’s pockets.

The Prosecutor’s Office used InselAir’s bank statements to determine the difference between the booked sales figures and the actual amount deposited in the account, and thus also the exact misappropriated amounts.

The Prosecutor on Friday found embezzlement and money laundering proven stating that the two suspects may not have cooperated in these crimes but may have “inspired each other.”

In H.’s case, the Prosecutor found it proven that he had embezzled his former employer out of $71,364, and B. for $20,628.
The Prosecutor held it against the station manager that he had violated his employer’s trust while he had been working in a managerial position.

“He should have been a role model of integrity and an example but disadvantaged his employer for a huge amount in a short period of time,” the Prosecutor said. “There is no excuse for that, also when you feel that your employer is not paying you enough. In that case he should have called upon a Judge to interfere,” said the Prosecutor.

He said that B. had harmed the airline’s reputation by cancelling booked and paid tickets from unsuspecting passengers so that they could not travel. The Prosecutor held it against both defendants that they had not paid back the embezzled amounts to date.
Attorney Safira Ibrahim stated on behalf of her clients that they confessed to the crimes, but contested the alleged embezzled amounts, which, she claimed, were considerably lower.

The lawyer also made an appeal to the Court to consider her clients’ personal circumstances. Ibrahim said B. was arrested on September 1, 2016, after which she was held for eight days.

Her home was damaged by Hurricane Gonzalo in October 2014. Afterwards she ran into financial difficulties after the man who was supposed to help her broke into her house and stole several items.

H., who has been InselAir’s station manager in St. Maarten since 2017, also claimed that the alleged embezzled amount was “not correct.” Ibrahim said her client, who was dismissed by letter of August 22, 2016, had failed to obtain another job as his name and reputation had been damaged.

The lawyer called for a suspended sentence for B. and for community service for H. She also pleaded with the Court not to award damages as in her opinion the claimed amounts could not be proven.

“I helped build up InselAir from the beginning from a small into a big company. I worked hard and never got paid well. St. Maarten always yielded a lot of money for the company, and the other islands did not,” the former station manager said in addressing the Court at the end of the hearing.