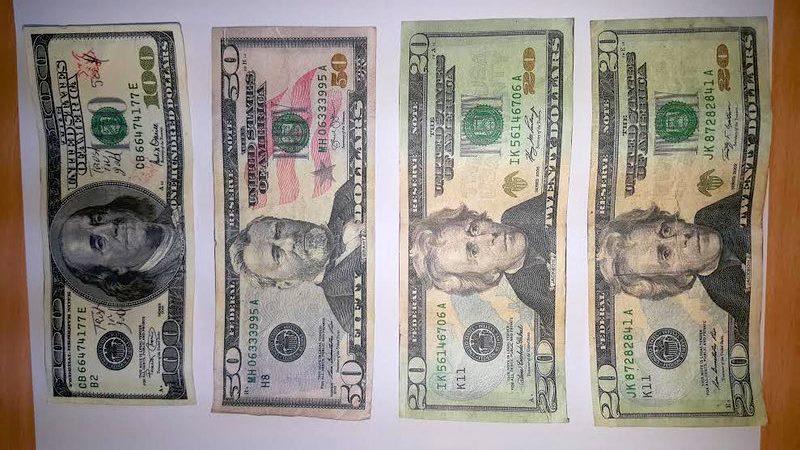 PHILIPSBURG–Two men with initials F.F.F.A (34) and A.L. (30) were arrested on Monday for possession of counterfeit US dollar bills. An unspecified amount of counterfeit currency was found on these men by police. The US $100 bills had the same serial number, which is CB66474177E.

The US $50 bills too had the same serial number, which was MH06333995A and US $20 bills had two types of serial numbers, namely K56146706A and JK87282841A. The counterfeit bills were confiscated for further investigation by the Police’s Fraud Department.

The Police Department sends out a warning to the entire community that they should be cautious when accepting US $100, US $50 and US $20 bills, especially those having the serial numbers of those confiscated. If anyone encounters a counterfeit bill, they should immediately get in contact with the Police Department by calling 542-2222 ext. 215/216, the anonymous tip line #9300 or 911.