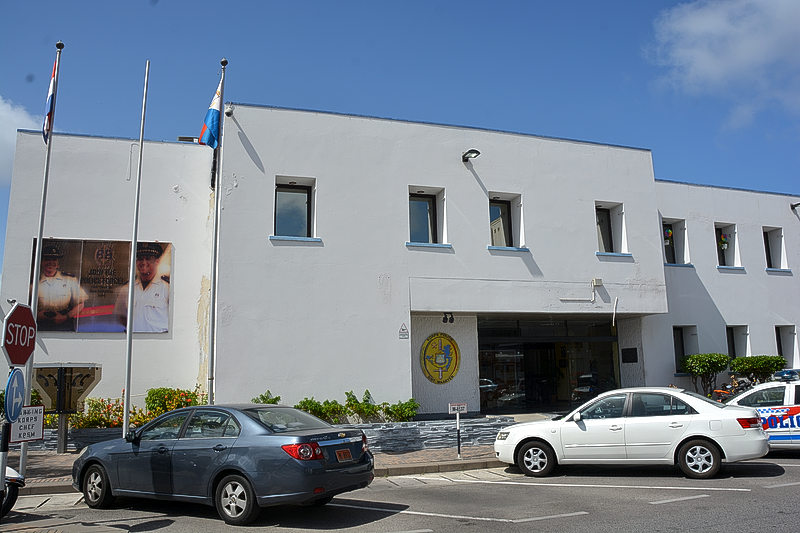 PHILIPSBURG–Detectives are investigating an attempted robbery that took place on Boardwalk Boulevard in the vicinity of Pasanggrahan Hotel on Sunday at approximately 2:10pm.

A woman stated that she and her family were on Boardwalk Boulevard when she was attacked by two unknown young men who attempted to pull her bag with personal belongings away from her. She resisted and started calling for help. The suspects then let her go and fled toward Front Street. The victim immediately informed the police of what had taken place and gave a complete description of the suspects.

Police Bike Patrols in the Philipsburg area were immediately given this information and started a search for the suspects. Soon afterwards, two young men S.P. and M.B. fitting the description of the suspects were stopped.

The victim identified both suspects as the same two men who had attempted to rob her shortly before. Both suspects were arrested on the spot and taken to the police station, where they were kept in custody for further investigation.