Home Local News Two men pulled out of lagoon after capsizing in their dinghy |... 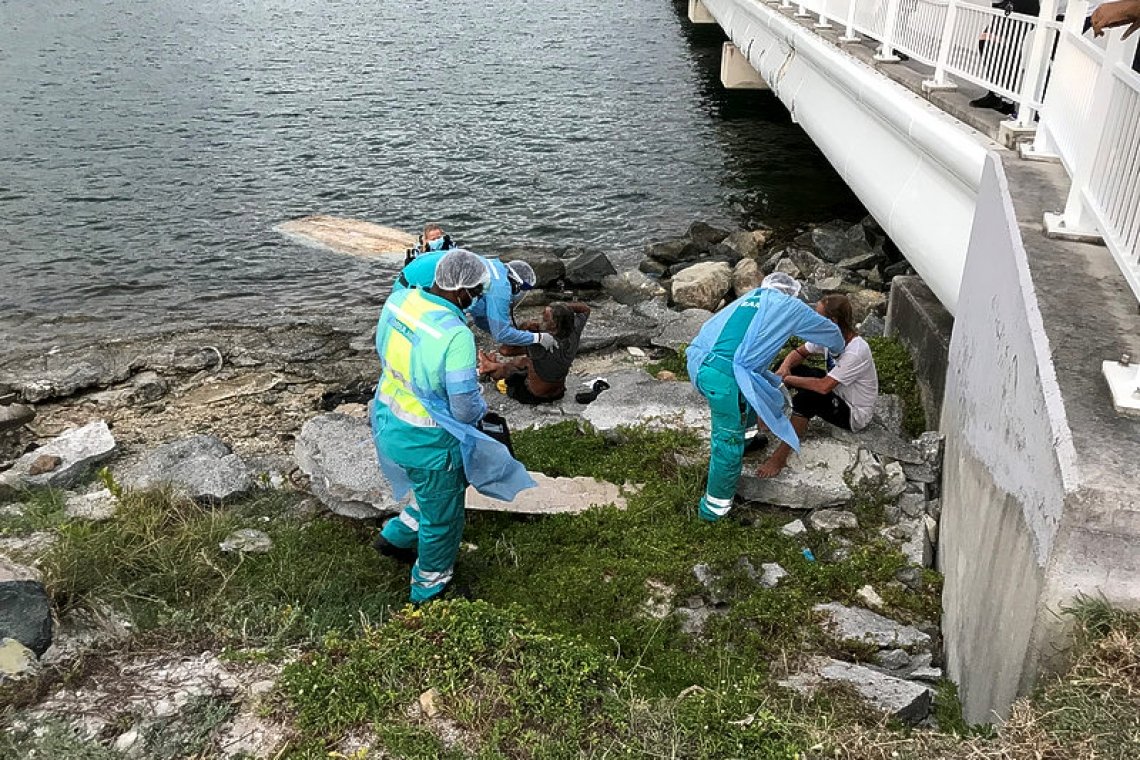 Ambulance personnel tend to the two capsize victims. Their upturned boat can be seen in the water. (Robert Luckock photo)

SIMPSON BAY–Two men were rescued from the waters of Simpson Bay Lagoon on Friday evening after their wooden dinghy capsized.

The incident occurred around 6:00pm under the Causeway Bridge close to the roundabout on the airport side. Young people walking over the bridge at the time raised the alarm when they saw the boat with an outboard capsize.

Police who arrived on the scene with some Dutch army soldiers assisted in pulling the men out of the water and indicated the two men had been drinking and arguing.

One of the two men said they were returning after visiting a grocery store in Simpson Bay to buy water and provisions. He accused his friend of capsizing the boat. Fortunately for the two men, although apparently inebriated, they capsized in shallow water and close to shore.

Ambulance personnel arrived a short time later and ran some routine tests on both men (not for COVID-19). They confirmed that both men were under the influence of alcohol and were living on a boat. Police indicated they did not think there will be an investigation as neither man filed a complaint against the other.  Both men were given a ride by the police back to their boat.