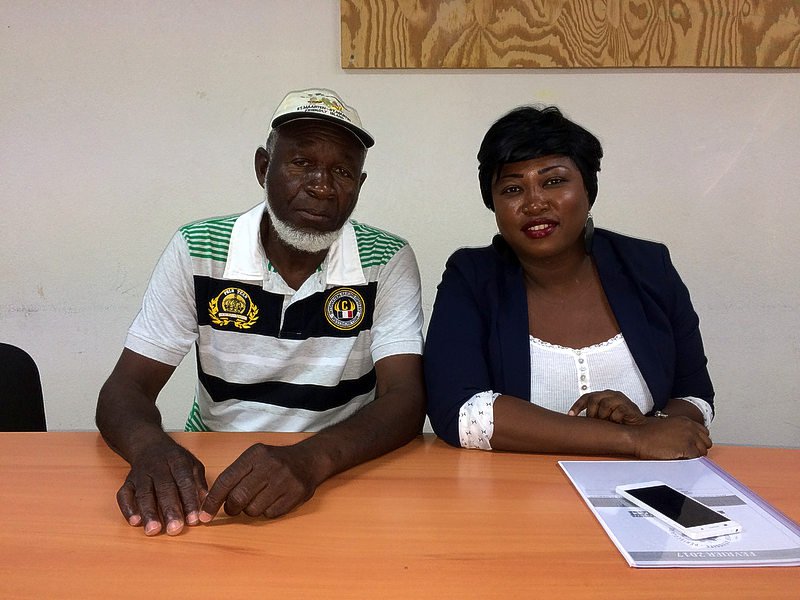 MARIGOT—District Council Six representative Georges Richardson said two new associations have been formed in Sandy Ground to enlarge the scope of projects to assist the youth in the district and provide employment possibilities.

The associations are “Aim for Success” and “Advancing Help for People,” both of which will complement the work of “Sandy Ground on the Move Insertion” and other associations.

Richardson explained that Sandy Ground on the Move Insertion, a recognised leader in insertion projects, is not permitted to take on more projects under its umbrella due to French regulations.

“It’s no secret that we have a big problem with our young people in the territory,” he said at a press conference. “Many of them are in prison and when they get out they are rejected and left to fend for themselves. We visited the prison in Baie Mahault in Guadeloupe to talk to prison officials to discuss our project with them to rehabilitate these young offenders when they return to St. Martin.

“We wanted to convince the prison officials of our competency to follow these young people when they come out and that they stick to their commitments to reintegrate into society.”

Richardson said new projects to help the youth in Sandy Ground are “just a token” compared to the overall picture of youth unemployment in the territory, but nevertheless very worthwhile if more jobs can be created.

“Our goal with this is to provide 100 jobs in Sandy Ground, but also to encourage other associations to learn from our knowhow, to become partners, so that they can carry out projects in their districts and hire young people too. We can share information and knowledge. Young people get themselves into trouble because they have no employment,” he said.

Richardson said people make the mistake of expecting the Collectivité to provide jobs for everyone, which it cannot do. It is the associations that increasingly must take on this responsibility to help, he stressed.

That said, he cautioned that Sandy Ground also cannot provide jobs for everyone, but is committed to making a difference in the district.

Sandy Ground on the Move Insertion Director Marjorie Antoine said the new projects for the period 2017-2020 are divided into three main areas: families, education of schoolchildren and young people in difficulties, which includes accompanying those coming out of prison. The projects also include administrative work to help young people obtain passports, apply for benefits from social services, etc.

On the education aspect, “Aim for Success” focuses on helping young children and parents with schoolwork.

“Emphasis will be on learning French, which we think is a main difficulty at school, holding them back,” Antoine explained. “We want parents to become more involved with their children and attend meetings. We want children to like going to school. When they have difficulty learning French they tend to leave school early without a diploma. This project intends to change that.

“Jobs will also be created around helping the elderly, visiting the homes, carrying out daily chores like shopping, cleaning, ironing, garden-work, or even just providing company for an isolated elderly person for an hour or two.”

She said Sandy Ground on the Move Insertion has 45 young people employed.

“The diversity of these extra projects has given us the possibility to hire more people and the Préfecture has let us hire two more social workers, which will bring social workers up to four, plus someone for job insertion,” she said.

On rehabilitation of youngsters coming out of prison, Antoine said contact will be made when the subject’s release is imminent. In return for the association’s assistance in reintegrating him into society and finding employment, he must also make the engagement to become a reformed citizen.