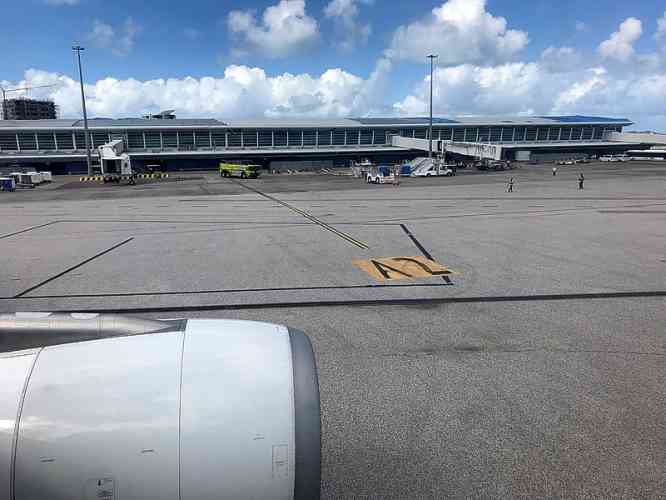 AIRPORT–Two men arriving on an Air Caraïbes flight from Orly Airport in France were arrested by members of the Alpha Team operating at Princes Juliana International Airport (PJIA) on Saturday.

Both M.D.E.K. (27) and M.A.D. (20) were subjected to a search after a member of the Alpha Team noticed their suspicious behaviour at the Immigration checkpoint.

Based on the suspicion that these ATM and credit cards would be used to skim cash from the local ATMs, both suspects were arrested and taken to the police headquarters in Philipsburg for further questioning. They remain in custody for further investigation.