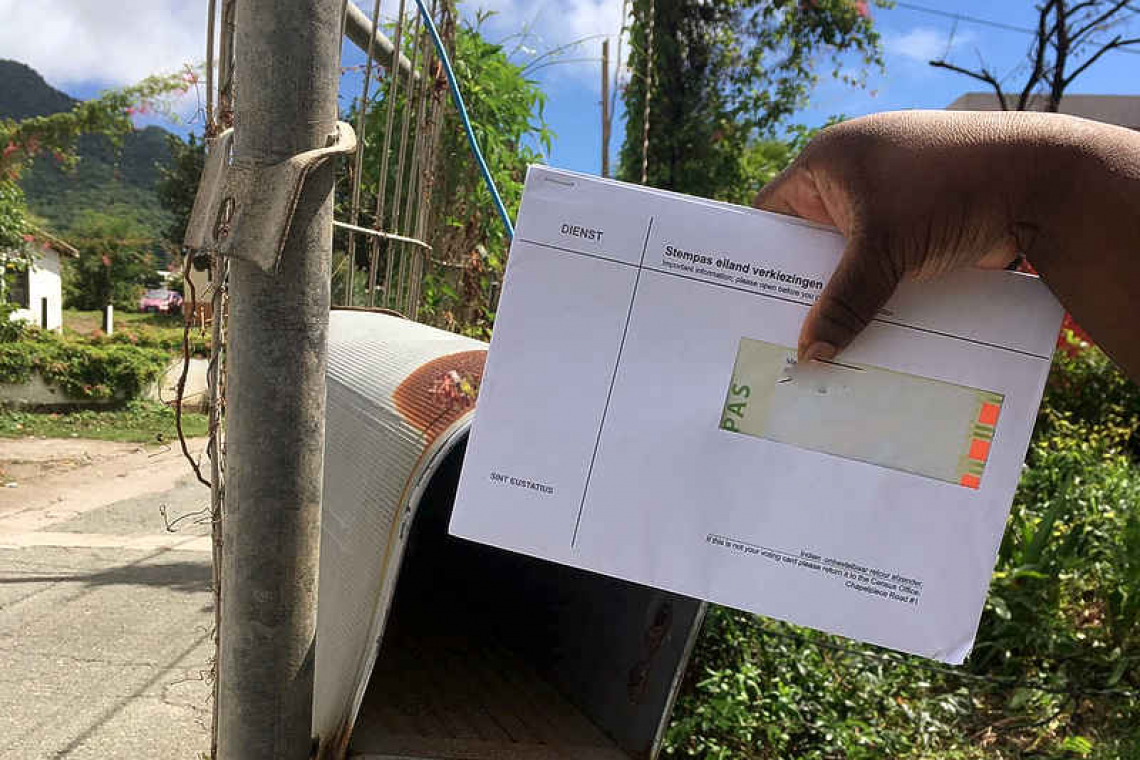 A resident taking their voting card from their mailbox.

ST.EUSTATIUS–Residents of St. Eustatius have started to receive their voting cards, as the delivery of the cards began on Wednesday, October 7.

Persons who are eligible to vote on the island are expected to receive their voting cards to cast their ballot in the upcoming Island Council elections. Many residents were happy to see their voting cards in their mailbox or being hand-delivered to them personally, as many persons had recently expressed concern about when the cards would be delivered.

Voters are required to provide proper identification to cast their ballot. Their identity document can be expired up to five years. If no proof of identification can be presented, persons will not be allowed to vote. If a voter loses his or her voting card, he/she can request a duplicate at the Service Desk/Census Office no later than Tuesday, October 20, at 12:00pm.

As it relates to proxy voting, where a person can cast a ballot for someone else, persons who are unable to vote on Election Day, can designate someone else to vote on their behalf. At the back of each voting card, the person can fill in information of the person they are designating to cast their vote. The authorised person can be anyone who resides in Statia and who has also received a voting card.

The authorised person will only be able to accept up to two proxies. This person has to cast his or her vote at the same time he/she is casting the proxy vote(s). It is possible to designate a proxy up until the day of election.

The person who is voting for someone else will need a copy of the identification of the person for whom he/she is voting.