PHILIPSBURG–Although Parliament passed a law in 2014 officially establishing a wills and testament register, the country is still without one.

Finance Minister Richard Gibson, who himself seemed to have been startled by the discovery, told Members of Parliament (MPs) on Monday that wills and testaments from St. Maarten are still being registered with the Central Testament Register in Curaçao as was being done under the former Netherlands Antilles. Aruba, which has been out of the Netherlands Antilles since 1968, also registers its testaments and wills in Curaçao.
Gibson called this practise a “conundrum” as there had been complaints about the Central Testament Register in Curaçao being closed “on and off” for more than a year. “This signals to me that we really don’t have a good infrastructure to register testaments in an efficient manner,” Gibson said.
In addition to the law Parliament passed in 2014, a national decree (Landsbesluit) was also passed outlining the methodology to be used to establish the Register in St. Maarten and a Ministerial Decree was passed establishing the form that should be used to register testaments, but Gibson said this is where the process stopped.
He said the law makes it obligatory for notaries to register wills and testaments right here in St. Maarten, but this is not being done as “no one seems to know” about this provision. “The notaries don’t know that such a framework exists and is actually legally required.”
According to the law that exists, the Director of Taxes is the authority to keep the records of wills and testaments for the country. Copies should be delivered to – and stored at – the Department of Justice. However, the Tax Department has informed Gibson that local notaries have not been doing any registrations of wills and testaments.
“The Tax Department does not receive testaments and wills from the notaries here although the legal infrastructure (and) the framework to have a Central Testament Register is in place,” Gibson noted.
The minister said since he discovered that a Register is not in place, he sprung into action to get the ball moving. He spoke to the Chairperson of Parliament Sarah Wescot-Williams to get a feeling of what Parliament’s intention was when it passed the law. A meeting was also held with the Inspector and Director of Taxes on the matter. Gibson said during his meeting he “insisted” that the mechanisms must be put in place hastily so that St. Maarten can comply with the law passed in Parliament in 2014.
According to the minister wills and testament are registered to “avoid disputes and confusion” as to what happens to the estate of an individual once he or she passes away. “Having the record kept accurately removes disputes and discontent.”
The minister said it was his understanding that all wills and testaments from St. Maarten thus far, have been registered in the Central Testament Register in Curaçao. “My understanding is that Curaçao is ready and prepared to transfer whatever records that are necessary to the Testament Register of St. Maarten once St. Maarten puts the infrastructure in place,” he said, adding that Curaçao has already done so as far as the legal framework is concerned, but the actual “bolts and nuts” are not yet in place.
The minister said establishing the Register will take amongst other things software, computers and a separate register, similar to those being used to document marriages, mortgages and residency, etc.
Gibson was at the time answering questions during a meeting of Parliament’s Committee of Kingdom Affairs and Inter Parliamentary Relations. The meeting was in preparation for the Inter Parliamentary and Kingdom Relations IPKO and tripartite meetings scheduled from May 31 to June 3, in The Hague, Netherlands.
With the exception of the Justice Minister, all other ministers addressed Parliament in the meeting on Monday and provided updates and answers on a range of issues likely to be on the IPKO agenda. 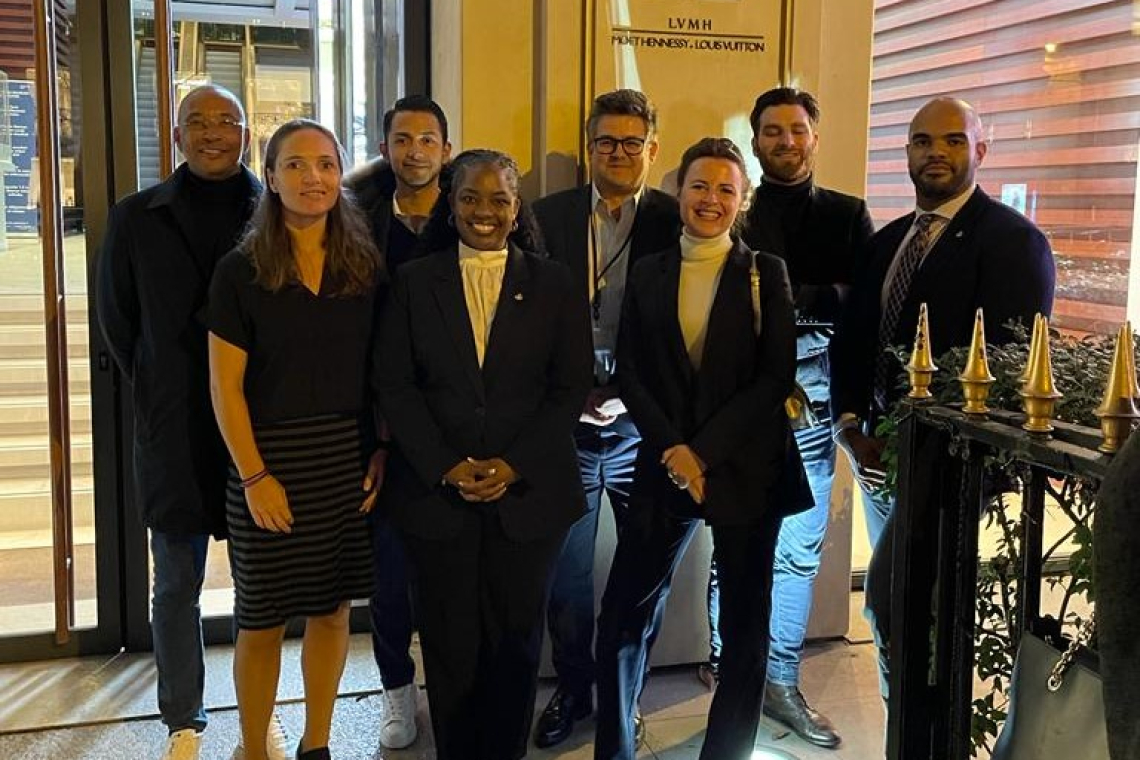