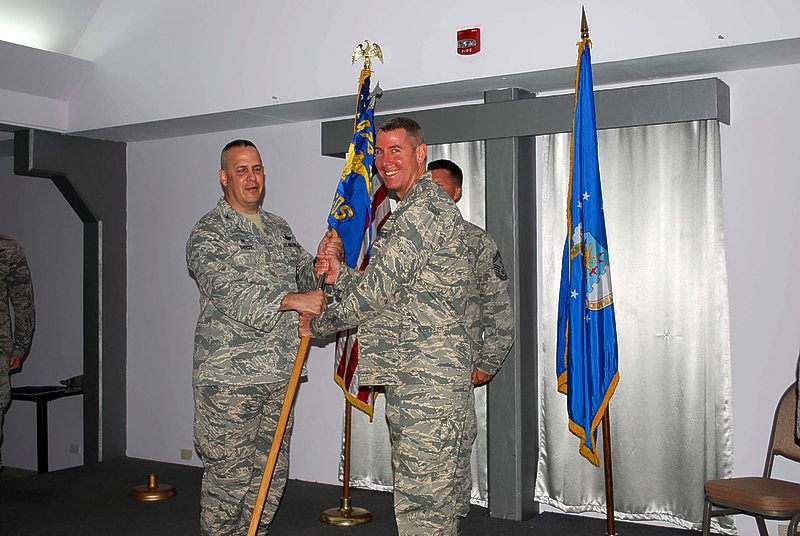 Today, Lieutenant Colonel John F. Belo relinquished command of the United States Forward Operating Locations (USFOL) in Curaçao and Aruba to Lieutenant Colonel Jonathan F. McGowen. The Change of Command is a time-honored military tradition which symbolizes the continuation of leadership and unit identity despite the change in individual authority. Passing the ceremonial flag from the old commander to the new commander physically represents this transfer.

Additionally, Colonel Belo oversaw $3.4 million of airfield construction projects enhancing the USFOL’s capability to launch 25% of all Joint lnteragency Task Force-South’s air missions, and helped to intercept 69 tons of illicit drugs prior to reaching the U.S.

The USFOLs in Curacao and Aruba, 429th Expeditionary Operations Squadron, supports multinational aircraft operations that conduct detection, monitoring, and tracking missions that play an important role in counter-drug efforts in the region. USFOL Curaçao was established as a result of a multilateral agreement between the Kingdom of the Netherlands and the United States whereby aircraft and crews deploy to the USFOL on a temporary basis to conduct counter-drug operations.