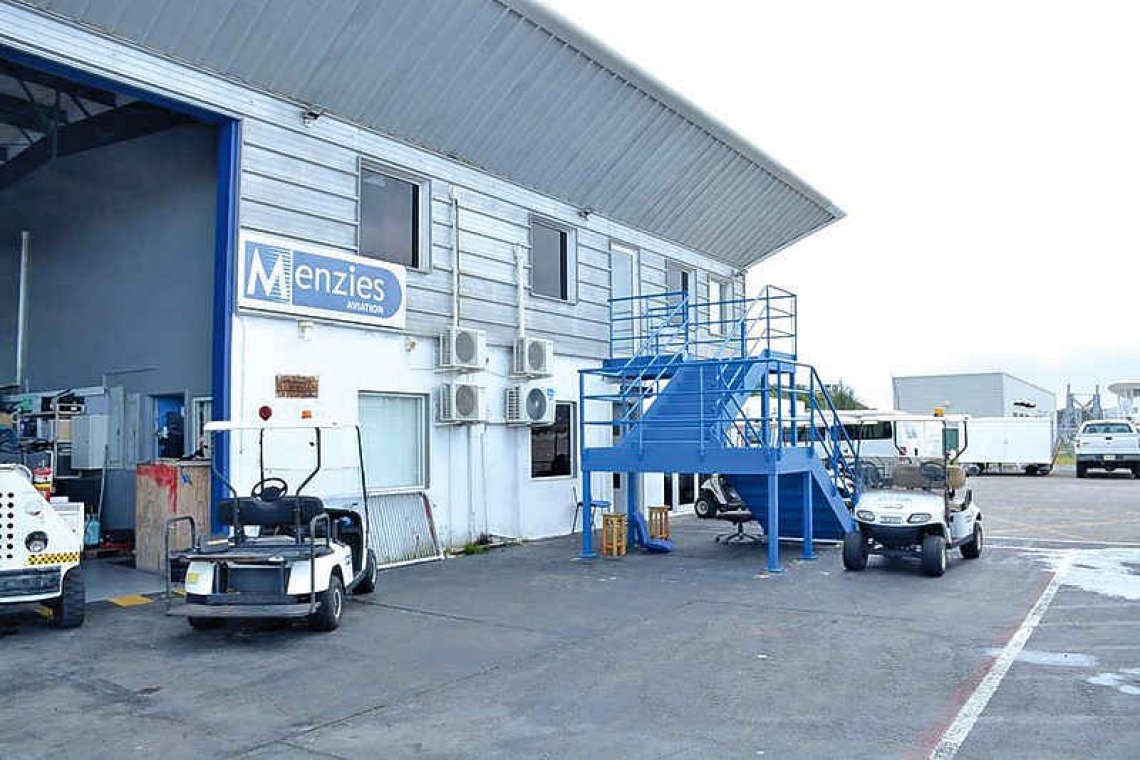 PHILIPSBURG–The United Federation of the Windward Antilles UFA union is demanding full payment of salaries for its members working at Menzies Aviation.

Conversations started between the two parties in early April. Menzies Aviation submitted a proposal to the union after the closing of Princess Juliana International Airport (PJIA) to all commercial flights during the country’s COVID-19 lockdown.

This proposal was received and reviewed by the union.

The union agreed on the initial proposal with a promise for further revision in May as necessary.

The union noted that a further revision of the previous agreement had taken place in mid-May. Menzies contacted UFA and updated the union on the company’s current situation.  In the newly-revised proposal, the company informed the union that workers would now have to use all of their remaining vacation days. The company based this on the fact that it did not qualify for the Payroll Support Programme at the time, and due to the lack of commercial flights coming in, the company had no other choice but to propose those conditions.

This proposal was soon rejected by the union, which stated that its members were not in agreement with the revised proposal submitted by Menzies. The union referred to this agreement as a “one-sided deduction of their vacation days.”

UFA also informed the company that the previous agreement for a 20 per cent reduction in the workers’ salaries would no longer be accepted. The union argued that this had been agreed on only on a temporary basis.

Menzies notified the union in June that its current situation economically had not changed for the better, as the lack of commercial flights meant little to no revenue for the company. The company further proposed to continue with training its workers, who no longer had many duties to fulfil in their job functions, to be assigned different tasks.

UFA notified the company that its membership at Menzies were willing to multi-task in different job functions as long as the workers were provided with the necessary training and as long as their physical condition allowed them to execute their new tasks. Management of Menzies would therefore assign these persons where needed.

According to the union, the company did not comply with this agreement and in July, informed several workers who had little to no work available in their job functions that they would be paid only 60 per cent of their salaries. These workers were to remain at home for the time being.

This was not accepted by the union, which in turn claimed that the company had not done what was necessary to secure salaries for its workers by applying for the Payroll Support Programme from government. The union said that on many occasions information regarding the Payroll Support and its application progress had been provided to the company.

UFA President Lloyd Beaton told The Daily Herald that the union is currently prepared to take necessary legal action against the company. He said the union had been very understanding with the company in the ongoing negotiations starting in April.

He further noted that both parties had signed a collective labour agreement (CLA) in April.

This newspaper reached out to the Menzies Aviation management for a comment, but received no response from the company.