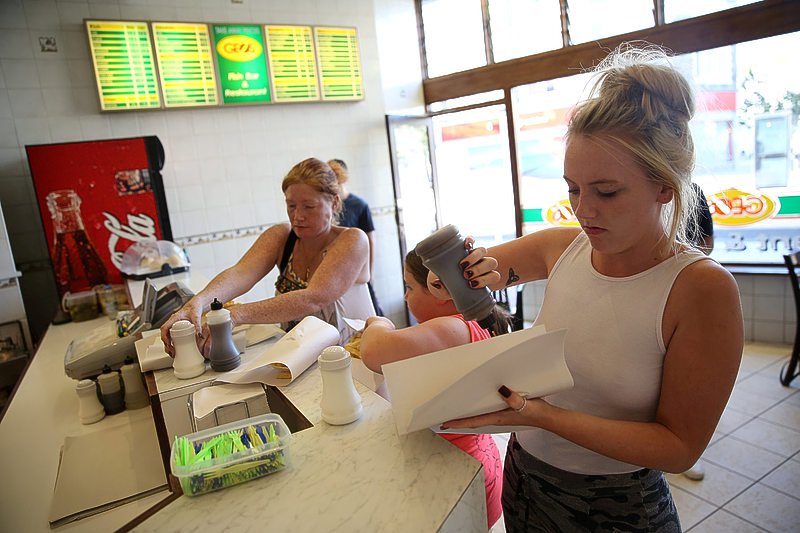 LONDON–Britain’s economy showed its clearest sign to date of bouncing back from the initial shock of June’s vote to leave the European Union, but a big slowdown in growth and a further Bank of England rate cut remain on the cards.

A closely-watched monthly gauge of Britain’s giant services industry published on Monday reported a record leap in activity in August, echoing similar data released last week for the much smaller manufacturing and construction sectors.
Markit, a data firm, said its survey showed Britain’s economy was unlikely to enter a recession in the July-September period. Only a month ago, most economists and Markit’s own data suggested a recession was likely.
But despite August’s rebound, Markit said the economy was likely to slow to a crawl in the three months to September, growing by just 0.1 percent compared with 0.6 percent in the second quarter of the year. This would be in line with the Bank of England’s projections made last month when it cut interest rates for the first time since 2009, and said most of its rate-setters expected to cut them again before the year’s end.
“August’s Markit/CIPS services PMI confirmed that the collapse seen in July was a temporary reaction to the shock of the vote to leave the EU. But we doubt this will prevent the MPC from easing monetary policy further in November,” Scott Bowman, an economist at Capital Economics, said.
Sterling rallied to a seven-week high against the dollar as the services PMI beat all the forecasts in a Reuters poll to jump to 52.9 – roughly its level before the referendum – after plummeting to a seven-year low of 47.4 in July. Sterling’s post-Brexit slump boosted exports and encouraged more Britons to spend their summer holidays at home.