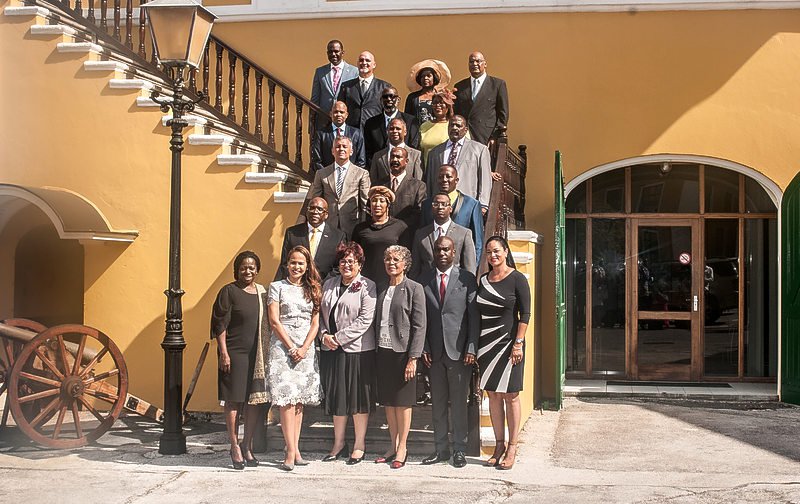 WILLEMSTAD–Nineteen Members of Parliament (MPs) were sworn in by Governor of Curaçao Lucille George-Wout based on the April 28 election result. Two members-elect were absent, namely Amparo dos Santos and Menki Rojer, both of “Kòrsou di Nos Tur” (KdNT).

In her speech the governor said the country needs order following much controversy in recent times. She specifically mentioned the Constitution, the Rules of Procedure and the Rules of Order of Parliament.

During the first session of the new Parliament following its installation a positive atmosphere prevailed. Contrary to on many earlier occasions, all fractions agreed with making William Millerson of PAR President and Giselle McWilliam of MAN Vice President.

The governor also made PAR-leader Eugene Ruggenaath “formateur” of the proposed PAR/MAN/PIN government with a majority backing of 12 seats in the 21-seat legislature.