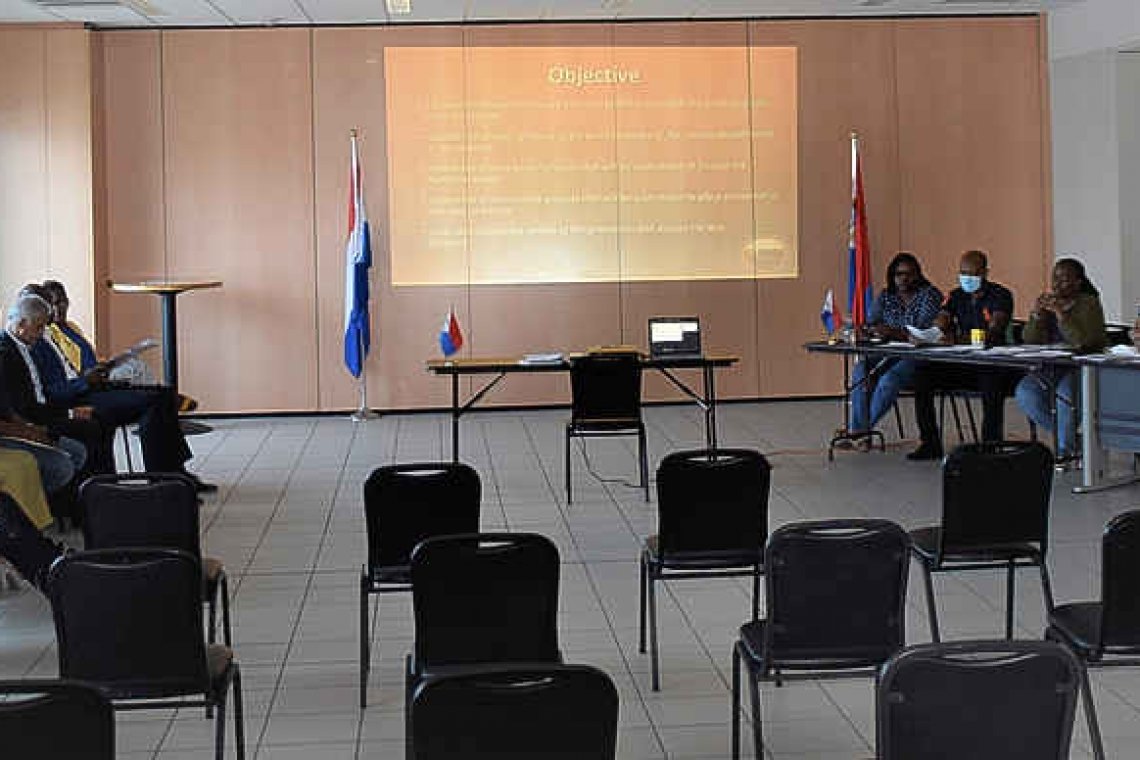 PHILIPSBURG–The leadership of St. Maarten police union NAPB and Windward Islands Civil Servants’ Union/Private Sector Union (WICSU/PSU) stood up Justice Minister Anna Richardson on Friday. The parties were to meet at 5:00pm to discuss the Justice Ministry’s function books and other grievances among Justice Ministry workers, but union leaders did not show up to the meeting.

The meeting was scheduled following two days of protest by Justice Ministry workers in front of the Government Administration Building on Pond Island. During the protests, the workers demanded long-awaited changes to the pay scale and the preparation of the function books. The more recent 12.5 per cent salary package reduction added to workers’ frustrations.The union leaders said on Wednesday that they wished to meet with Richardson on Friday to discuss these matters.The meeting was scheduled for Friday. However, when Richardson addressed the unions during the protest on Thursday, she told their leaders to attend the meeting with legal counsel. Many protestors were dissatisfied with Richardson’s address, characterising it as disrespectful.

Minister Richardson finds it unfortunate that, in an attempt to open dialogue with the unions and reach a consensus on a clear path forward, that the unions decided not to attend,” said the Justice Ministry.According to the press release, the unions told Richardson that they had been advised by their legal teams that “going forward all matters concerning the rights and legal position of civil servants are to be held within the platform of the Committee of Civil Servants Unions (CCSU).”She said the unions also told her that they would be submitting a letter to the CCSU to request a meeting. “The unions, however, did not indicate the timeframe in which this would take place.”

Richardson said she was “pleased” to see the unions “work in accordance with the legal procedures” and that she “looks forward to receiving their letter and continuing the dialogue within the platform of the CCSU.”The Daily Herald contacted both NAPB and WICSU/PSU on Sunday for a comment on their absences at the meeting.WICSU/PSU had not responded as of press time Sunday night, while NAPB President Rogerrel Mauricia said the unions would release a joint statement in the coming days.