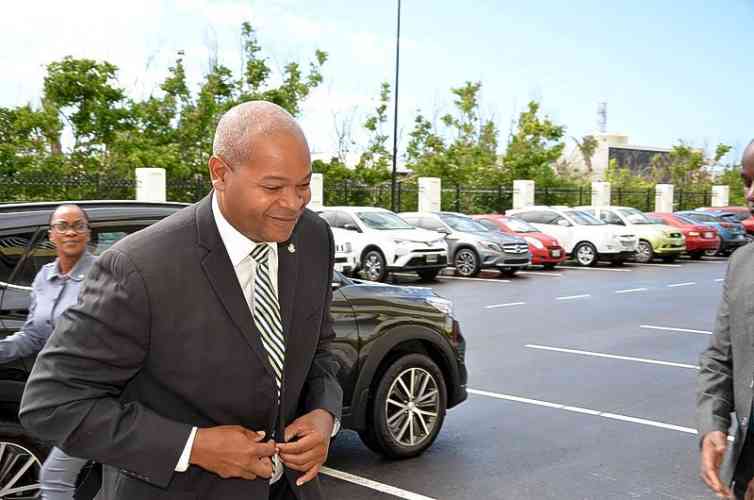 PHILIPSBURG–The three unions representing police and Immigration officers have come together and will be holding a general membership meeting with their members in the Police Force and Immigration Department at Bute Hotel at 5:00pm today Thursday, November 7.

The meeting is being called by the Nationale Algemene Politie Bond (NAPB) police union, ABVO St. Maarten union and Windward Islands Civil Servants Union/Private Sector Union (WICSU/PSU). During the meeting the three unions will update their members on the latest developments relating to issues affecting them, amongst other things.

“This general meeting is very important for our members, as it has been eight years [that we have been – Ed.] waiting patiently,” representatives of the three unions said.

NAPB President Rogerrel Mauricia had recently expressed concern about the length of time it is taking government to get the function book for the St. Maarten Police Force KPSM signed and formalised. Mauricia had said, “Enough ministers of justice have come and gone. None of the ministers who occupied the Ministry of Justice ever had the courage to deal with the function book in order to have it signed.”

The union’s comments followed a Parliament meeting last week with the Progress Committee that is overlooking developments at the prison and in the Police Force.

NAPB, ABVO, WICSU/PSU, then-Justice Minister Edson Kirindongo and the Central Commission for Joint Consultation of Officials (GOA) president signed a covenant on the function book on August 26, 2016. Therefore, “the content of the covenant should be known to all parties involved.”

The covenant states that members have to be placed in the new KPSM organisation. “The question is no longer ‘Why does it have to take so long to sign the function book,’” Mauricia had said.

The union believes “It should be signed and it has to be signed now. We cannot wait any longer. We have been maintaining the status quo for too long.”  There are those within the system who want to maintain the status quo, he had said. “We cannot avoid listening to the uncomfortable truth any more. It requires the occasional disruptions. To shake up the status quo. The willingness to speak up for what is right.”