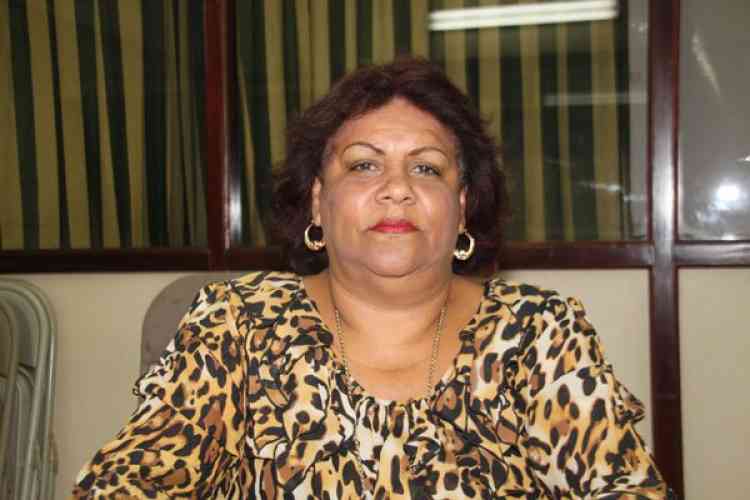 on draft pension law with MPs

~ MPs believe draft should go back to drawing board ~

PHILIPSBURG–The four unions representing government workers relayed the concerns of their membership about the draft National Ordinance for the Revision of the Pension of Civil Servants to Members of Parliament (MPs) during a meeting earlier this week.

Attending the meeting were National Alliance (NA) MPs William Marlin and Egbert Jurendy Doran and United Democrats (UD) MPs Tamara Leonard and Dr. Luc Mercelina. Notices of absence were received from NA MP Silveria Jacobs and UD MP Sarah Wescot-Williams, who urged the unions to request a meeting with Parliament. The unions are expected to request the meeting.

The unions had invited all MPs to listen to the concerns after receiving a unanimous mandate from workers at a joint meeting held last week to relay their concerns to the MPs.

Windward Islands Teachers Union (WITU) President Claire Elshot said MPs also had concerns about the draft law and felt that it should go back to the drawing board.

High on the list of pension concerns for workers is losing their acquired rights under the proposed new pay system in the draft legislation. Another important concern is the inflexibility of the proposed law. Workers believe that when the pension age is increased from 62 to 65, they should not be penalized by receiving a lower pension, if they decide to retire earlier than age 65. Built into the draft law, is the possibility for workers to retire at the age of 62, if they want to, after the pension age moves to 65. They will, however, receive a “somewhat reduced pension.”

Elshot had said earlier that government workers will not end up with more pension at the end of the month under the new proposed average pay system contained in the draft law. She said the draft would actually benefit government as one of the proposed changes is a reduction in the percentage paid into the fund by government for civil servants from 25 to 18 per cent. The premiums being paid by civil servants will not be changed. Currently, employers contribute 19 per cent to the pension fund and employees contribute 6 per cent of their salary.

A concern with the proposed change from the end-pay to the average pay system is the fact that many persons are stuck in step 20 of the salary scale and this would affect the pension that they would eventually receive.

Elshot said the meeting with MPs was a positive and interactive one.