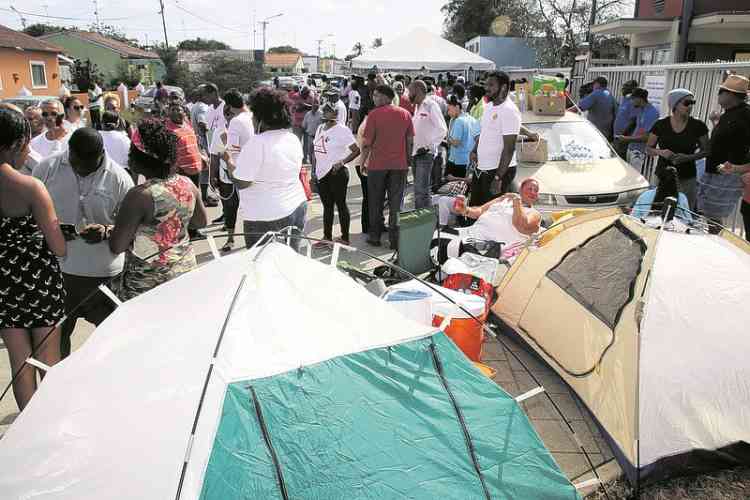 WILLEMSTAD–Curaçao education union Sitek wants to meet with government, the business community and employees of vocational training institute Feffik to come to a solution for its financial crisis in the upcoming new school year.

The protest is backed by the island’s two main labour union centrals CGTC and SSK, who are not excluding a general strike over the issue. A meeting has been scheduled with Prime Minister Eugene Rhuggenaath today, Friday.

Sitek president Darius Lio Plantijn said their position was already made clear to government, but they did not agree. He thinks that a decision was made too quickly to close the vocational school, which caused great unrest among students and personnel.

Students, teachers and union members camped out overnight at Feffik in protest and used a car to block the entrance. Police were called to tow the vehicle but declined because it wasn’t on the public road and the peace had not been disturbed, while the school was closed anyway.

Minister of Education Marilyn Alcala-Walle wants to shut down the institute at Brievengat in its current form. According to her a lot of taxpayer’s money has been invested in Feffik while the training offered does not meet the requirements for such.

She also said the students’ continued education is guaranteed as they will automatically be transferred to other schools offering similar programmes when Feffik closes at the end of 2018.

Sitek believes government has made agreements with private job training companies and the decision must therefore necessarily be made now.