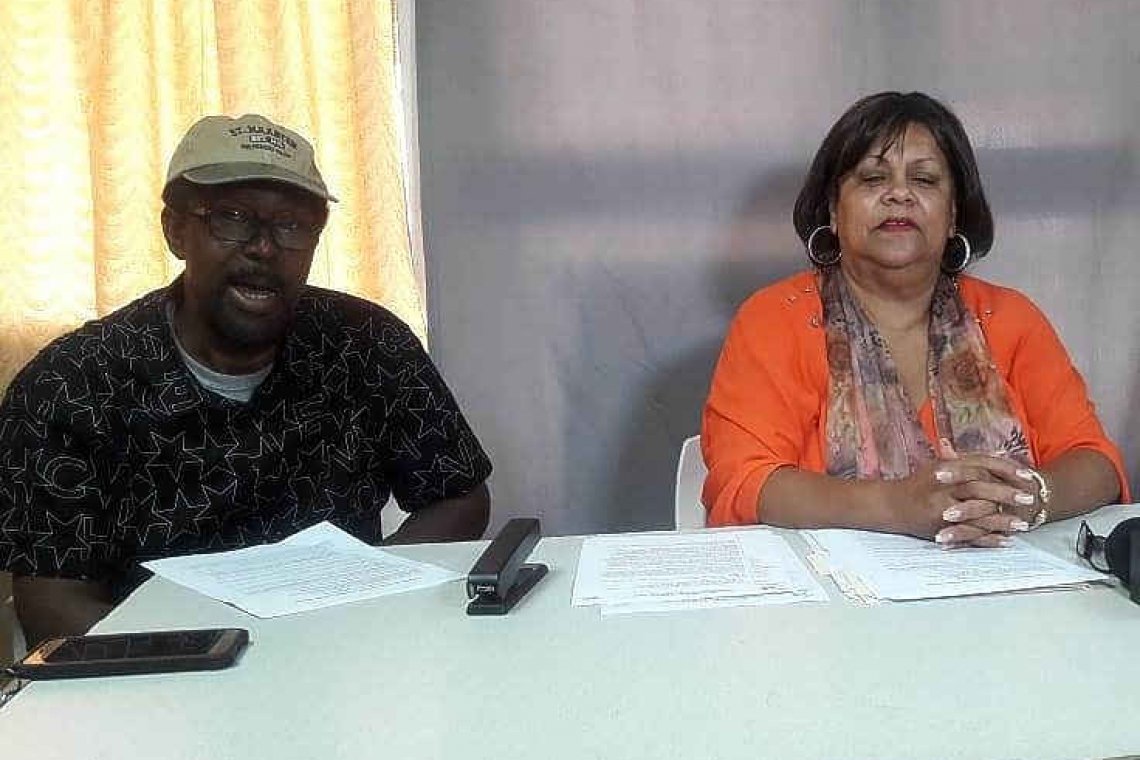 Both representatives stood firm in their disapproval of employers receiving the business payroll support requesting that their employees sign agreements in favour of a salary reduction. The unions argued that this is against the workers’ rights and therefore illegal.

President of WICLU Claire Elshot stated that the agreement that is being presented to workers is based on a template distributed by Social and Health Insurances SZV Employer’s portal. “This has to be challenged,” said Elshot.

She said that despite what is being told to workers by their employers, they do not have to agree to a reduction and are entitled to their full salary.

President of WIFOL Theophilus Thompson stated that what is being carried out is a form of duress where workers are being pressured or forced to sign these agreements.

The unions have therefore asked for all workers who are being asked to sign this agreement to refrain from doing so and to contact the unions. These persons are encouraged to visit the WIFOL Building on Walter Nisbeth Road in Philipsburg where they can file a formal complaint with the union. In doing so persons are asked to walk with their pay slips received from April onwards.

Presidents of both unions assured that if needed, they will fight this matter in court on behalf of the workers and their rights.