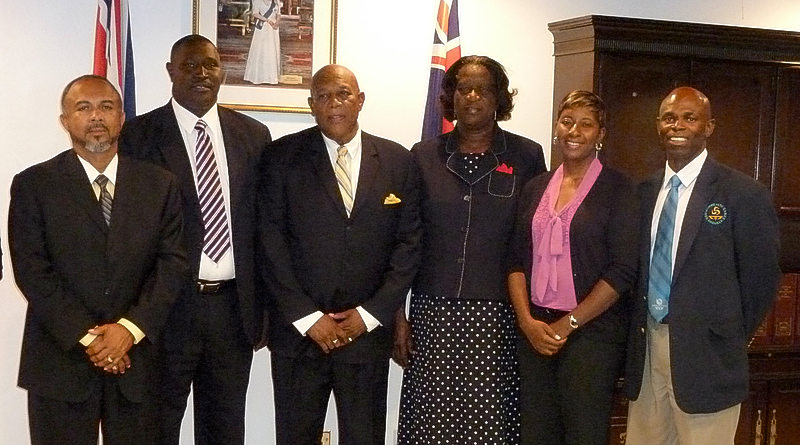 ANGUILLA–Next week the Anguilla United Front political party is celebrating two years in office. A week of activities has been planned starting with an address by Chief Minister Victor Banks on Tuesday, April 18. That evening the Chief Minister and Minister of Social Development Evans McNiel Rogers will be interviewed on the Radio Anguilla programme Upfront hosted by Mark Romney.

On April 19, 20 and 21 there will be radio addresses from Parliamentary Secretary Cardigan Connor, Ministerial Assistant Evalie Bradley and Minister of Infrastructure Curtis Richardson. A public meeting is planned for April 22 at the Landsome Bowl Cultural Centre. The following day there will be a church service at St. Augustine’s Anglican Church followed by lunch. Minister of Home Affairs Cora Richardson-Hodge will give the final address on April 24 and on April 30 there will be a General Council Meeting.

The AUF came to power on April 23, 2015, when they gained six of the seven seats in the House of Assembly. The other seat was taken by Palmavon Webster of Island Harbour who is now the Leader of the Opposition.