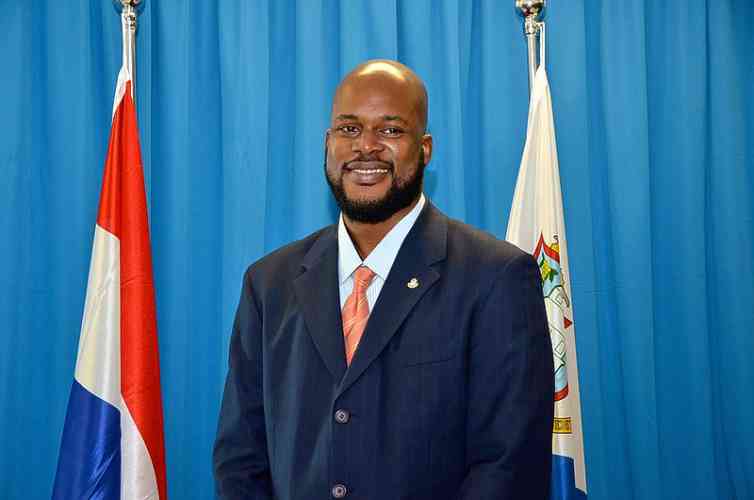 BELVEDERE–United Tenants Association (UTA) is fed-up with inaction from St. Maarten Housing Development Foundation to repair their deteriorating homes and have taken their woes to Public Housing Minister Miklos Giterson.

The Association has gathered a slew of signatures of tenants who all face the same issues and have presented those to Government with the strong hope of seeing action taken as soon as possible. The group has also sought legal advice on its members’ plight.
In its letter to Giterson, the association, headed by Sidney C. Drommond, wrote that it has become evident that the houses “were not properly built” and have “a lot of deficiencies and defects.”
The first houses in Belvedere date to 1999. The Government-constructed houses were all “guaranteed as hurricane proof.” This was not the case and has been proven by a string of hurricanes starting with José in 1999 up to Irma in September 2017, the association said.
“It has become clear to all tenants that they were given the wrong information on the construction and durability of the houses they occupied since 1999. These houses were never properly maintained since 1999 after the completing of the construction,” the association said.
Numerous technical reports were drawn up about the houses. In 2000, the technical department of St. Maarten Housing Development Foundation (SMHDF) made an extensive assessment of the condition of the duplex homes.
Eight years after, Curaçao-based Fundashon Kas Popular, considered expert in housing projects has also voiced its concerns about the state of the homes in a report. The foundation had detected many flaws in the construction of the houses.
The Association claimed in the correspondence to the Minister that with no maintenance to the houses carried out “in a timely manner” their condition has “continued to deteriorate.”
Tenants were “left once again in the dark” in the aftermath of Irma. Housing Foundation Director Helen Salomons, the Association claimed, “has never showed up” to inform tenants how and when they will be assisted with repairs.
A month after Irma, the Association sent a letter to Salomons and SMHDF supervisory board chairman Antonio Brown informing them of “the terrible condition” in which their tenants have been and are currently living. Their failure to act led the Association, with tenants’ support in Belvedere and other areas where SMHDF has houses, to take legal action against the Housing Foundation.
All tenants living in the Belvedere duplex houses whose dwellings and belongings were damaged prior to and after Irma can contact Association representatives Ramesis Jamaloodin (586- 9797), Maximiliaan Bouman (581- 0843), Elston Fos (554- 0694), William Boezerman (522-2260) and Alida Brown (527- 5206) for more information on the lawsuit.