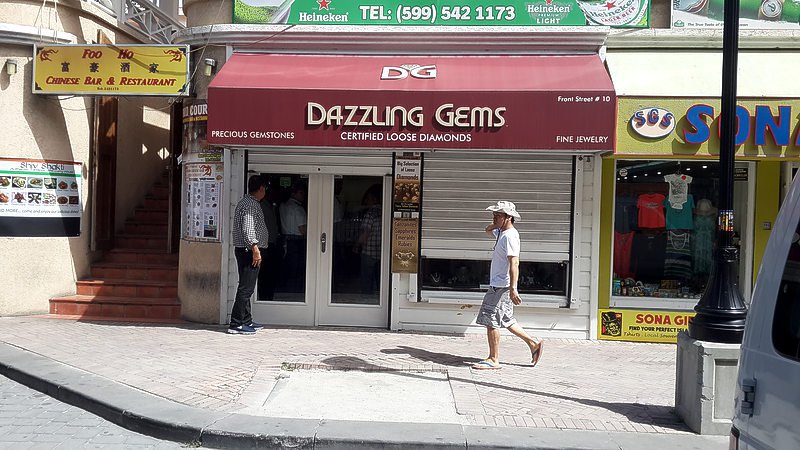 PHILIPSBURG–The crime situation is getting out of hand and will have serious repercussions for our already stagnant economy if the Government does not take action, United People’s (UP) party said on Monday.

UP Parliamentarians are calling on the Government to present a strategy to the nation to fight this scourge. “The country is heading in a downward spiral and once cruise lines and American authorities issue negative advices, our economy will further decline, creating a very difficult cycle of decline that we will not be able to get out of anytime soon,” UP said in a press statement.

“Armed robberies are taking place on a weekly basis, terrorising residents, customers and businesses. The people and business community feel at a loss that Government is not doing anything to deal with armed robberies and fears that the country will be labelled as unsafe,” the party said.

On Saturday, in broad daylight with four cruise vessels in port, four armed bandits robbed a Front Street jewellery store in the presence of hundreds of cruise ship passengers.

“Is Government waiting for somebody to be killed? What measures are being taken to tackle the armed robbery problem that the country is facing?” the party asked.

If Government allows this to continue unabated, UP fears the Florida-Caribbean Cruise Association and its member lines will start to label the destination as unsafe due to security issues whereby Government is not able to protect its residents, business community and visiting cruise passengers and crew.

UP fears that the destination could receive a negative advice from the United States State Department if armed robberies continue to go unchallenged. “The perception is that Government does not have a strategy in place to deal with this issue,” said the party.

Last week another gun was found in the Point Blanche Prison among a wealth of weapons, cell phones and other items. “What is Government doing to revamp the prison system? We hear about so-called budget surpluses in 2016, if this is indeed the case, re-invest in our law enforcement and prison system. It seems that Government is leaving our prison system to fend for its own and that the problem will sort itself out,” said UP.

The party commended the Police Force for the quick apprehension of two armed robbers who held up a supermarket in St. Peters on Saturday. “At the same time we appeal to the community and all law-abiding citizens to speak out and provide our local Police Force with any information that they may have to apprehend those who have taken away our sense of safety and security due to the crimes that they are committing.”