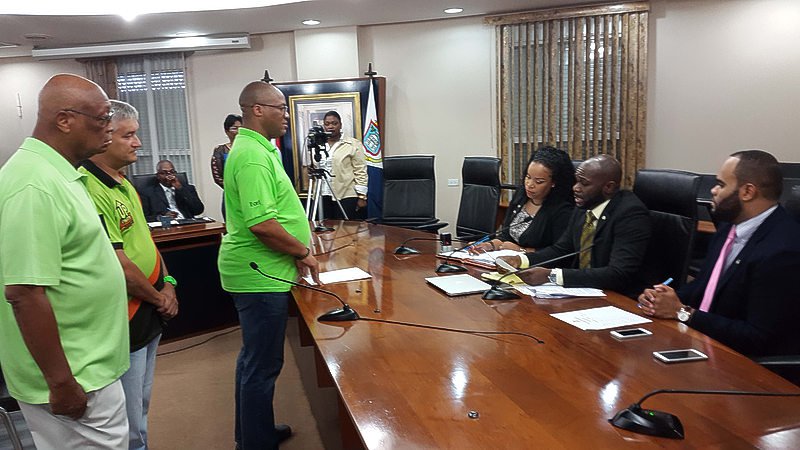 PHILIPSBURG–The United People’s  (UP) Party was the first to submit it’s slate of candidates to the Main Voting Bureau this morning at 9:01am.

The list was handed to Main Voting Bureau Chairwoman Jason Rogers by party board treasurer Earl Wyatt accompanied by party leader Member of Parliament Theo Heyliger and UP advisor Joe Richardson.  The party’s 23 candidates, representing a full slate, were in A.C. Wathey Legislative Hall to witness the presentation of the list.   The party will have a Nomination Day rally this afternoon.