Home Local News UPATE: Man dead after truck runs over him at dump 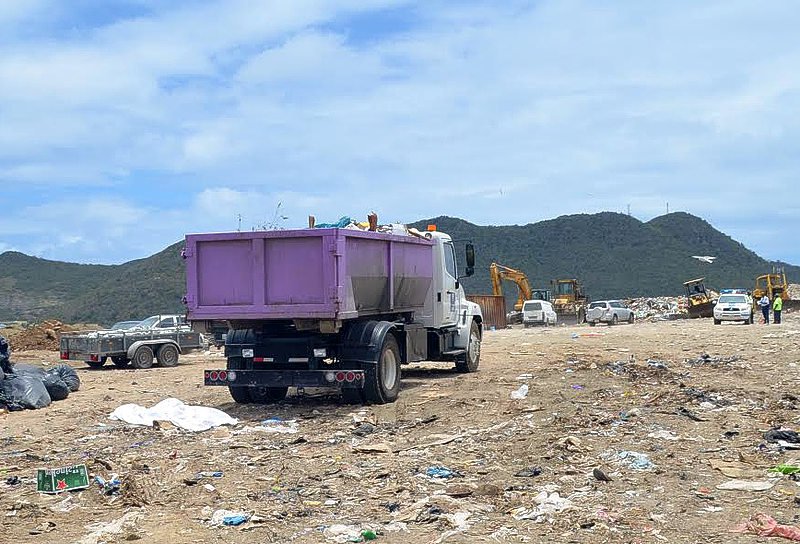 POND ISLAND–A roll-on-roll-off truck ran over a Dominicano man J.R. (58) on the sanitary landfill (dump) early Tuesday. The driver did not see the man and drove over him, killing him on the spot.

“At approximately 10:25am police patrols, Traffic Department, Ambulance Department, Detectives and Forensic Department were sent to the dump for a serious incident where a man was rolled over by a truck and was not showing any signs of life.

“Witnesses stated that the victim was accidentally run over by a garbage truck with licence plate Z-221 while reversing. Others tried to warn the driver of the victim being behind the truck, but it was too late. The victim was pronounced dead by a medical doctor who arrived on the scene. Next of kin will be informed as the Traffic Department finalises their investigation,” said Henson.

The Daily Herald understands that the man was known for searching through garbage to collect any usable items found in the trash.