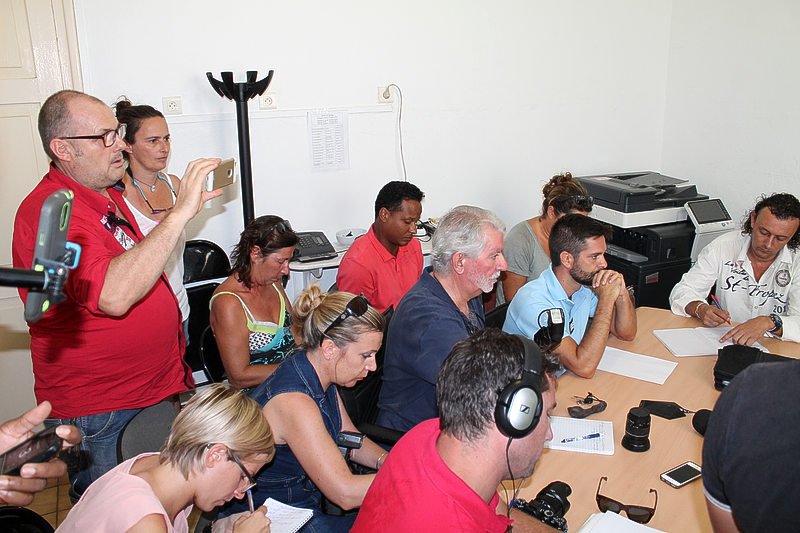 MARIGOT–A 22-year-old St. Martiner has been arrested in connection with the murder of Belgian tourist Wendy Montulet on July 9 and is due to be transferred to Guadeloupe for trial today.

Wendy’s body was found in the bushes in Baie Nettle on Sunday after she failed to return to her hotel after a morning run on Saturday. The autopsy of the body is due to be performed today, Thursday, by medical technicians from Guadeloupe.

Guadeloupe Prosecutor Samuel Finielz confirmed the arrest at a press conference Wednesday afternoon by video link, adding the swift arrest had been thanks largely to “precise” descriptions of the suspect from the public responding to the appeal for information combined with a diligent investigation and massive mobilisation of resources by the Gendarmerie.

Finielz said the first three witness testimonies already gave the Gendarmerie very good leads and in all some 10 to 15 persons had provided valuable information to help the investigation. It also emerged that different persons had identified the same suspect on more than one occasion.

The accused was arrested Tuesday morning at 8:35am without resistance in Marigot based on a description provided by witnesses. One of the descriptions provided to Gendarmes was of a tall man with a distinctive red hairstyle who was subsequently spotted by chance in Marigot as Gendarmes were conducting house to house enquiries.

Prosecutor Finielz disclosed the man while in custody confessed to the murder. He admitted sexually assaulting the woman and killing her with broken glass found on the ground in the bushes, slashing her several times.

The man was not known to the Gendarmerie before, had no known prior conviction, and was not employed. Finielz said a psychiatric evaluation and medical examination of the accused has not been done in St. Martin but will be done in Guadeloupe.

During the interview in custody the man had appeared “confused” giving no specific reason or explanation for the murder. There was no evidence of drugs or alcohol playing a part in the murder.

Crucial to the success of this investigation was that the DNA of the accused matched the DNA found on the body of the victim.

Finielz did not disclose the district the accused comes from. Wendy’s family has been informed of the arrest.

It was estimated the parents will be able to return to Belgium with the body on Friday or Saturday. The parents have been in the care of a victims association in St. Martin since the murder.