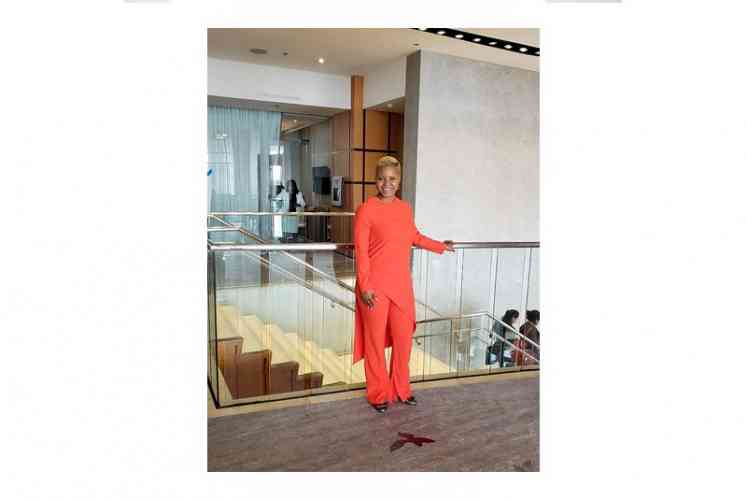 PHILIPSBURG–Bureau Telecommunications and Post (BTP) Supervisory Board of Directors Chairwoman attorney-at-law Sjamira Roseburg has tendered her immediate resignation from this position. Roseburg informed Minister of Tourism, Economic Affairs, Transport and Telecommunication (TEATT) Stuart Johnson of her decision by letter on Thursday, September 5.

Copies of the letter were sent to Governor Eugene Holiday, Prime Minister Leona Romeo-Marlin and the “opposition.”

The reason for Roseburg’s resignation is the fact that BTP board member Chester “Chet” Euton was not dismissed after he was irrevocably convicted of a crime.

Minister Johnson confirmed receipt of Roseburg’s resignation later on Friday, September 6. He said he accepted the lawyer’s resignation and wished her much success in her future endeavours.

Euton, who was appointed to the BTP board in December 2017, was convicted of tax fraud in April 2018. The owner of Caviar Construction company was sentenced to 12 months suspended, on three years’ probation, and 240 hours of community service.

He was one of a number of suspects in the “Emerald” investigation in which seven proprietors of one-man construction companies were accused of income- and turnover-tax evasion as members of a corruption ring at Port of St. Maarten between 2013 and 2016. In total, these companies deprived St. Maarten of more than NAf. 6 million in tax revenue, according to the Tax Office.

Roseburg said she had brought this matter to the attention of then-interim Minister of TEATT Cornelius de Weever in April 2018. “At the time, I was informed that the minister would resolve the matter, but nothing was actually done,” the lawyer wrote in her letter to Minister Johnson.

She said she had also brought Euton’s irrevocable conviction to Johnson’s attention on June 25, 2019. “I also explained in several email correspondences that I would like to know how the ministry was planning to proceed with this matter, as I wanted to continue with my work as chairlady of the supervisory board,” Roseburg said.

Despite having expressed the “criticality of the situation and the impact to the board,” nothing was actually done, Roseburg stated in her letter. “To be frank, we just need to follow the law and I do not believe that we are,” she wrote.

She said that she is “extremely disappointed” with TEATT, “although I was assured that the matter would be handled according to the law. … I even requested a sit-down with the ministry, but to no avail. We are now almost three months from the point in which the information was presented, and I still have not received any response, all of this while I informed your ministry about the necessary changes that needed to take place based on the report of the General Audit Chamber. The prime minister is also aware of this matter.”

According to Roseburg, this is, in fact, a very straightforward situation. “Based on the law, a board member that has been irrevocably sentenced cannot fulfil a board position. It is time that the people in power abide by the oaths of their office and position and it is time to take the appropriate action. Seeing that Article 11 of the BTP ordinance has not been followed … I have decided to resign as board member,” she stated.

In his letter to Roseburg Johnson said this matter had “most definitely” not escaped his attention. “As has been indicated to you the matter will be dealt with. This position has not changed.”

Johnson said the fact that his schedule has not permitted him to effectively deal with the matter within the timeframe desired by Roseburg cannot be misconstrued to suggest any lack of integrity on his part.

In her letter to Johnson Roseburg stated that “with integrity” she would like to make a positive contribution to St. Maarten.

“But I cannot and will not continue like this. Therefore, with pain in my heart, but with my head held high, I am forced to resign from the BTP supervisory board of directors, effective immediately,” Roseburg stated. “I am grateful for having had the opportunity to serve on the board of this organisation and, of course, I wish the outcome was different. If in the future a board member with a legal background is needed, I will gladly contribute.”

Johnson said in his response to Roseburg’s resignation that her position as chairwoman of BTP’s supervisory board might have become untenable in light of her legal representation of Member of Parliament Frans Richardson in an ongoing criminal investigation that, according to Johnson, may be connected with BTP.

“In light of this, your resignation from the Supervisory Council is hereby accepted,” Johnson stated.

Roseburg denied that her resignation had anything to do with her being Richardson’s lawyer. “This has nothing to do with Frans,” the lawyer said. “I decided to resign while I was in Curaçao for training and vacation. Coincidentally, Frans’ arrest coincides with this,” she explained.