Home Local News UPDATE: Authorities say there is no reason to panic, AIDAperla posed no... 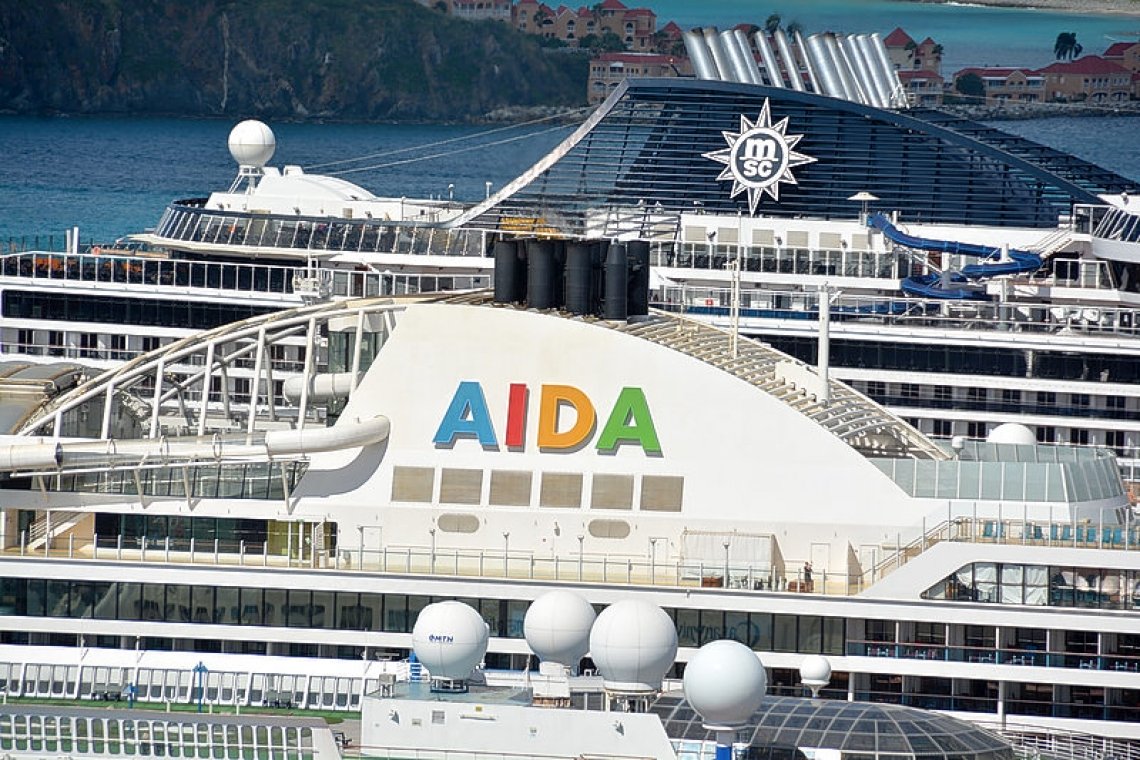 The AIDAperla docked at Port St. Maarten on Tuesday.

~ We will not put country at risk for money ~

PHILIPSBURG–There is no reason to panic, as the cruise vessel AIDAperla, which was allowed to dock in St. Maarten Tuesday after being turned away by three other Caribbean destinations, poses no coronavirus threat to St. Maarten.

This was the firm assurance given by Health Minister Pamela Gordon-Carty, Prime Minister Silveria Jacobs and a number of other officials during a hastily-called, urgent national address on Tuesday morning.

The urgent national address was convened after reports began circulating that the docking of the vessel put the local population at risk for the coronavirus, a worldwide health concern currently. Officials said the social medial posts created a scare, including at Port St. Maarten where measures had to be taken for taxi drivers to inform storeowners that there was no threat of the virus for the island.

Authorities assured that the necessary protocols had been followed, with the ship informing the country of the ill persons on board sufficiently in advance, and locally authorities together made the decision to allow the vessel to dock as there had been no risk to the population.

Jacobs minced no words in cautioning against the spreading of false information which she said can affect the country negatively.

“It is irresponsible of persons, understanding the repercussions to the country, to be spreading false rumours,” Jacobs said. “We saw a similar situation in Anguilla. People have to realise that this has a detrimental effect. We will not put the country at risk for money.”

She noted that the update she had received just before Tuesday’s national address was that when the vessel was turned away from St. Lucia many more persons had been ill and St. Lucia would not have been able to handle it had it become necessary, although the ill persons would have remained aboard the vessel.

“At that time, it was never indicated that it was the coronavirus. This is the flu season. From November to February we see an increase in upper-respiratory illness. It is also high season, so with every visitor who comes with a cough, they bring the cough back to St. Maarten.”

She advised the public to follow proper hygiene practices and to remain at home if very ill.

Jacobs said there had been reports of some passengers at Princess Juliana International Airport (PJIA) with face masks on. She said unfortunately some persons of Asian descent are being discriminated against due to the virus threat, and some persons chose to wear masks not because they have the virus.

She said also that persons in China, long before the current strain of the coronavirus became a health threat, have been wearing face masks to protect themselves from heavy smog in their country.

According to a press release issued after Tuesday’s press conference, the vessel was allowed to berth at Dr. A.C. Wathey Cruise and Cargo Facilities after the ship’s maritime health declaration submitted to the Ministry of Public Health, Social Development and Labour VSA was in line with international health regulations (IHRs) and local health sector regulations (Public Health Ordinance of St. Maarten) and protocols.

The Health Ministry’s Collective Prevention Services (CPS), after receiving the maritime health declaration prior to the vessel’s arrival, consulted with departmental health officials and an epidemiologist regarding four documented and reported cases of persons being ill onboard the vessel with gastroenteritis and fever.

As part of CPS’ increased surveillance activities (infection prevention and control (IPC), health officials enquired about the travel history of those who are ill, on whether they had recently travelled or lived in China or had any close physical contact with a confirmed case of 2019-nCoV infection, and there was no evidence of this. The decision taken to allow passengers and crew to disembark was based on facts and sound medical advice, it was stated in the release.

“The public health of the people of St. Maarten is a top priority of Ministry VSA, and the government remains fully engaged on the issue of infection prevention and control of the 2019-nCoV coronavirus and will do all that is necessary to ensure the health and safety of St. Maarteners,” the release said.

Officials of the Ministry of Public Health held discussions with Port St. Maarten officials and representatives of Florida-Caribbean Cruise Association (FCCA) regarding protocols that have been put in place for cruise ships such as pre-boarding measures and onboard protocols for handling infectious diseases that are also in alignment with the U.S. Centers for Disease Control (CDC).

The disembarkation of cruise passengers from AIDAperla on Tuesday was based on the following guidelines: all sick persons remained quarantined as internationally recommended according to IHR; hand sanitisers provided in strategic areas of the ship and at points of disembarkation and embarkation of passengers and crew; preventive and sanitation measures increased and maintained; and increased awareness amongst the cruise passengers and crew about proper and continuous hand washing/hygiene, cough and sneeze etiquette.

AIDAperla is on a two-week Caribbean cruise after leaving La Romana, Dominican Republic, on January 23. The vessel has already visited Aruba, Curaçao, Bonaire, Grenada, Barbados, St. Vincent and the Grenadines, and Guadeloupe, according to the release. A number of ports such as St. Lucia, Dominica and Antigua did not allow the vessel to dock.

The Caribbean Public Health Agency CARPHA has stated that the Caribbean region has no confirmed cases or reports of the respiratory illness coronavirus 2019-nCoV, and based on current information, the immediate health risk from this virus to the public remains low.

AIDAperla is scheduled to return to the Dominican Republic on February 6. The cruise ship can carry 3,400 passengers and 900 crew.