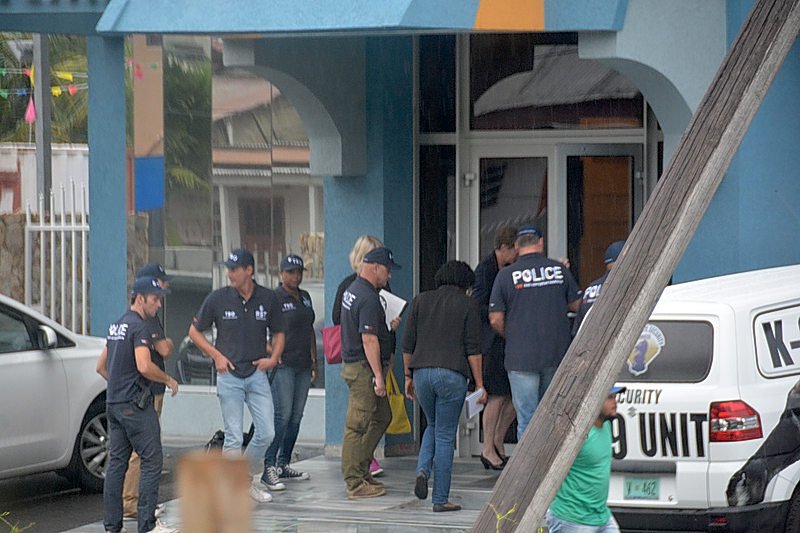 PHILIPSBURG–On Monday morning special anti-corruption taskforce TBO of the Kingdom Detectives Cooperation Team RST, led by an investigating judge, started conducting several searches. Oneil Arrindell, a well known businessman and owner of Checkmate Security has meanwhile been detained in connection with the investigation called Emerald. The searches were conducted as part of an investigation into bribery, tax fraud, forgery of documents and money laundering.

Prosecutor’s Office spokesman Gino Bernadina issued a release, but did not mention the exact locations of the raids. The Daily Herald understands that Port of St. Maarten and Checkmate Security were the main sites searched by the TBO team.

It was expected the searches would continue throughout the day according to the prosecutor spokesman. Arrindell’s home was recently searched in connection with the Westin parking lot shooting incident earlier this year. Several documents and data carriers were confiscated during the operation.

This newspaper also understood that the Port of St. Maarten executive offices had been searched and several documents were also confiscated by the team. The investigation is part of a joint intensified fight against international fraud and corruption.

According to the release, corruption and money laundering threaten the security and economy of the countries in the Caribbean part of the Dutch Kingdom. The special anti-corruption taskforce, TBO of the RST, together with the National Detectives Agencies (“Landsrecherche”) of Curaçao and Sint Maarten and the Prosecutor’s Office have joined forces to combat corruption, the statement read.