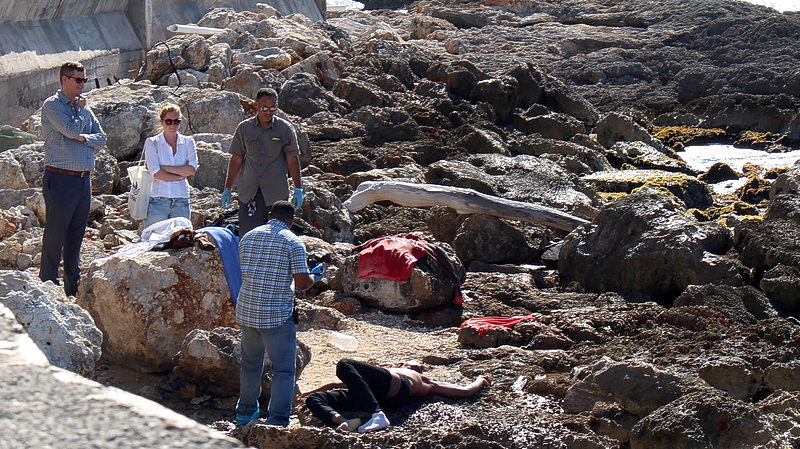 BEACON HILL–Workers at Alegria Resort discovered a 27-year-old woman with lacerations to her neck fighting for her life in a hotel room she and her partner were staying in, and a 31-year-old man near the seaside of the resort with similar cuts to the neck, on Wednesday morning.

Police were immediately contacted by security guards at the resort. Paramedics and police patrols rushed to the property and found the injured Latin woman in the room. Ambulance personnel assisted her by transporting her to St. Maarten Medical Center (SMMC) for further treatment, but en route the woman ceased to show any signs of life.

The lifeless body of the Albanian man was later removed by officials on the scene. Word quickly spread that the two had had a heated argument during the early morning hours. Police spokesman Chief Inspector Ricardo Henson said, “During this altercation both parties were seriously injured, possibly by the use of a sharp object.”

The Police Force is investigating the case. The crime scene was cordoned off while several detectives and the Forensic Department collected any possible evidence and spoke with witnesses.

The identity of neither of the two was released by police on Wednesday.

Dr. Mercuur was seen at the scene and officially declared the man found near the property dead.

“We are deeply saddened by what took place here today – obviously a domestic dispute of some sort. I am proud of the security guards in terms of what they did and working hand-in-hand with the police. This is a sad day; to lose two young people makes it a sad day,” stated Alegria property owner Ray Sidhom.