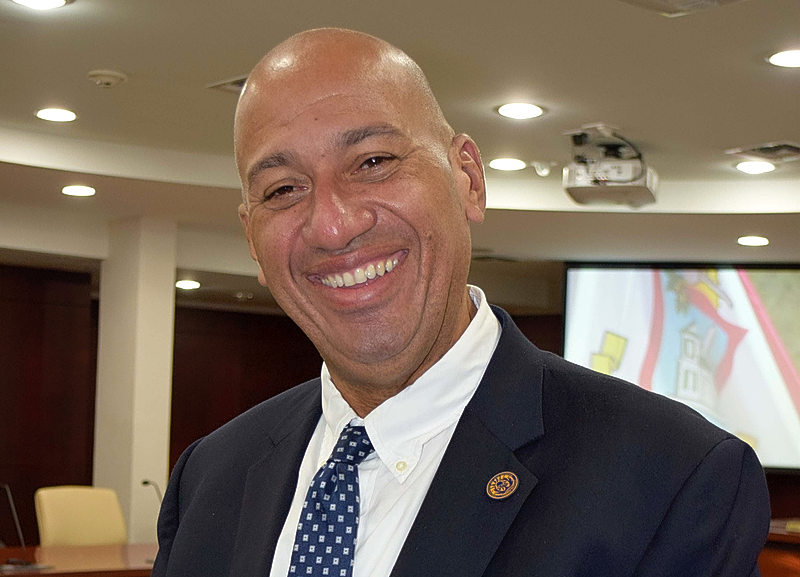 PHILIPSBURG–Member of Parliament (MP) for United St. Maarten Party (US Party) and businessman Silvio Matser and his now defunct company Energizer N.V. on Thursday were convicted of tax evasion by the Joint Court of Justice.

The Joint Court held it against the parliamentarian that he had put his “large personal financial gain above the general interest of a correct imposition of taxes for the benefit of the country and society.” It was also taken into account that Matser did not have any previous run-ins with the law.

Matser and his company Energizer, which was registered at the Chamber of Commerce and Industry of St. Maarten on October 26, 2004, had filed for appeal against their convictions by the Court of First Instance on January 7, 2015. Two years ago, Matser was sentenced to 24 months in jail, 18 of which were suspended, on three years’ probation, and 240 hours of community service. Energizer was sentenced to pay NAf. 4.5 million in back-taxes.

Matser received a two-month reduction on his prison sentence for undue delay in the handling of his case, which is in contravention of the European Human Rights Treaty. Several house searches in this case were conducted in March 2012, whereas the Court of First Instance did not provide a ruling within the prescribed two-year term.

In the appeal case the Solicitor-General asked for a punishment equal to the verdict the Court of First Instance had handed down in 2015.

The 50-year-old MP and company director was convicted of tax evasion in having filed incorrect tax-return forms for the payment of wage taxes, and of failure to pay Turnover Tax.

Matser was held and questioned on January 25, 2013, in connection with what was dubbed the first criminal tax investigation by St. Maarten authorities. The criminal case at the Court of First Instance was heard in December 2014, during which Matser denied the charges. He admitted that his tax returns had been filed incorrectly, but blamed the company responsible for Energizer’s business administration MGM Consultants N.V. for “mistakes” made. However, also the Joint Court found it proven that the administrator had worked under Matser’s orders.

Pleadings submitted by defence lawyers Cor Merx and Gert Bergman to have the Court declare the Prosecutor’s case against their client inadmissible failed just like these did at the lesser Court.

As for the 2007 forms, the Joint Court ascertained that these had been correctly filled in. The Tax Department had failed to hand over the files over the other years. Therefore, the Court could not establish whether these concerned tax return forms or tax assessments.

The Court found Matser as construction company Energizer’s sole Director and shareholder responsible for structurally giving orders to file incorrect wage-tax declarations for a number of years. The Court calculated that at least NAf. 1,684,950 in wage tax had not been reported.

“This tax evasion is inextricably linked to that fact that also a considerable amount of social insurance contributions has been evaded,” the Court said, but because the suspects were not charged with this crime this was not taken into consideration in imposing a sentence.

However, it was taken into account that Matser and his company had ordered not to file for business Turnover Tax to the estimated amount of NAf. 8,451,960. “There is no doubt that Country St. Maarten has encountered a (major) drawback,” the Court said about this.

“The Court considers it proven that Mr. Matser is guilty of repeatedly having ordered to deliberately make false and wrong declarations and to file incorrect tax declarations on his business turnover. The Prosecutor’s Office is very satisfied with today’s verdict,” Prosecutor’s Office’s spokesperson Norman Serphos said Thursday. Matser has two weeks’ time to file for a final appeal in this case at the High Court in The Hague.