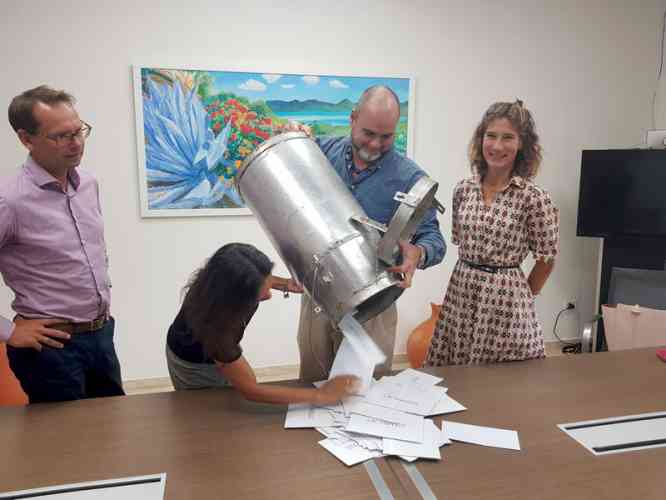 However, the highest vote-getter came from PvdA with European Commissioner Frans Timmermans picking up 15 of his party’s 17 votes.

D66 number three candidate Samira Rafaela, who ran a campaign that put some emphasis on the Dutch Caribbean, received 10 of her party’s 18 votes.

D66’s main manifesto points are increased European cooperation and representation, a permanent European seat on the United Nations Security Council and other international organisations, the creation of a European military force and a European intelligence service, and that Europe should run on clean, CO2-free energy by 2050.

PvdA currently has three MEPs and has at its centre the creation of a safe, legal immigration routes for refugees and the prevention of human trafficking, introduction of a European profit tax for major tech companies, introduction of a CO2 tax for companies, a flight tax to encourage train travel, and equalisation of labour rights across Europe to stop unfair competition.

The party that captured the third highest number of votes was right-wing liberals VVD with nine votes.

The seven other parties, including Jezus Leeft (Jesus Lives), did not earn the support of any voters.

Jezus Leeft wants to leave the European Union because it costs too much, to stimulate the use of renewable energy and electric cars, and for people to “just listen to Jesus.” The party also wants to ban abortion, euthanasia, and smoking and drugs “because too many people are depressed.”

The ballots were cast and counted at the country’s lone polling station – the Dutch Representation office in Philipsburg.

A total of 66 of the 95 registered voters in St. Maarten cast a ballot, despite it being viewed as a far-removed election for the country.

All of the 22,559 Dutch citizens residing in St. Maarten have the right to vote, but only 95 registered to vote in the election.