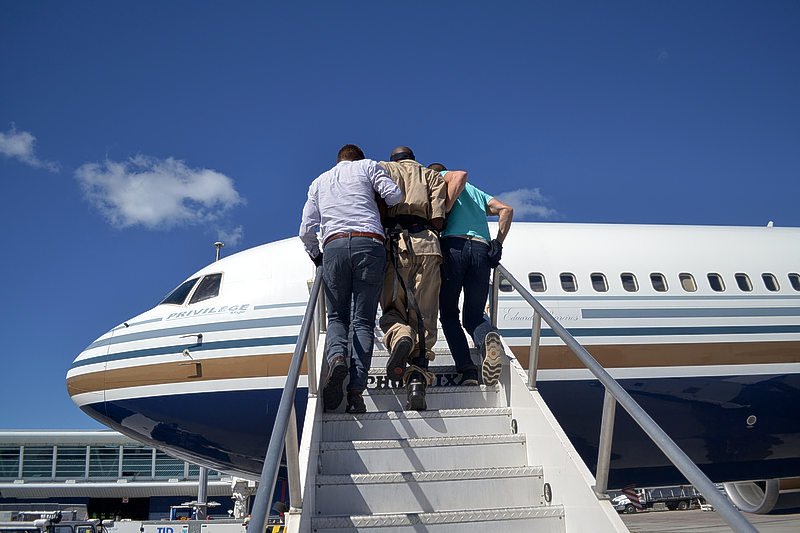 PHILIPSBURG–The transfer of prisoners from the Pointe Blanche prison to the Netherlands and Curaçao was carried out without issue on Thursday and Friday. Motorists noticed traffic congestion, but were unaware of the secret transportation method put in place by law enforcement agencies.

Some 64 prisoners were transported from the Pointe Blanche prison to Princess Juliana International Airport SXM in a joint operation of the Custodial Institutions Agency (DJI), police and the Royal Military Police (Kmar).
The inmates were flown to the Netherlands and Curaçao under the supervision of the military. The prisoners of Penitentiary Facility Pointe Blanche (Saint Martin) and Sentro Detenshon di Kòrsou (Curaçao) were temporarily transferred within the Kingdom of the Netherlands as part of the emergency relief programme.
The transfer was necessary because their safety could no longer guaranteed in the Pointe Blanche prison, as the building was heavily hit by Hurricanes Irma and Maria. The duration of the temporary redistribution is six months and is paid for by the Netherlands.