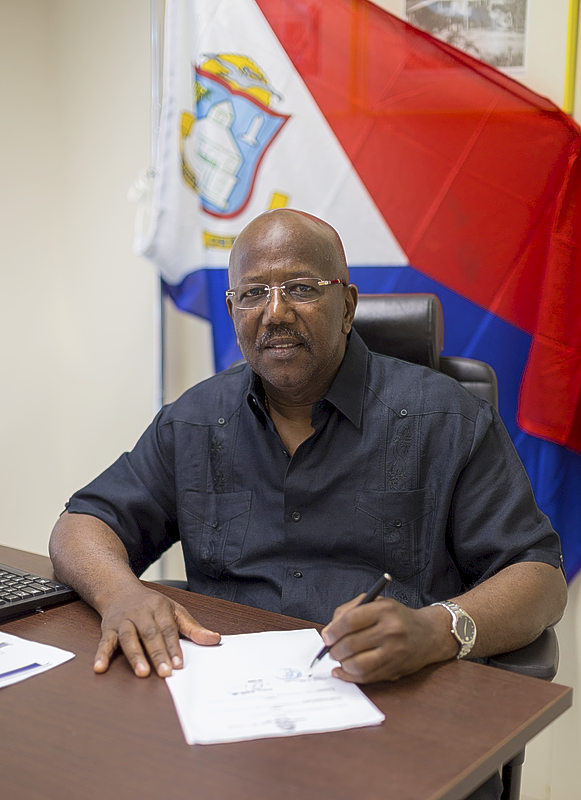 PHILIPSBURG–The electorate in St. Maarten will have to go to the polls soon after celebrating the New Year.

Early parliamentary elections have been set for Monday, January 8, 2018. The National Decree to dissolve Parliament and hold snap elections signed by Governor Eugene Holiday and Prime Minister William Marlin on Friday, November 3, states that Nomination Day to submit candidate lists will be Monday, November 13. Parliament will be dissolved effective January 31, when the newly-elected Parliament is also to have its first gathering.
National Alliance (NA) Member of Parliament (MP) Rodolphe Samuel had said during Thursday’s urgent meeting of Parliament in which motions of no confidence were adopted against six Ministers of the Marlin II Cabinet that, based on his calculations, there would be Christmas elections.
Governor Eugene Holiday has begun consultations on the recent political developments. He met with the Vice-Chairperson of the Council of Advice, the leaders of all political parties represented in Parliament and social partners and explored possible options for the formation of a new (interim) cabinet.
Holiday said in a press release on Friday that the consultations will continue this weekend.