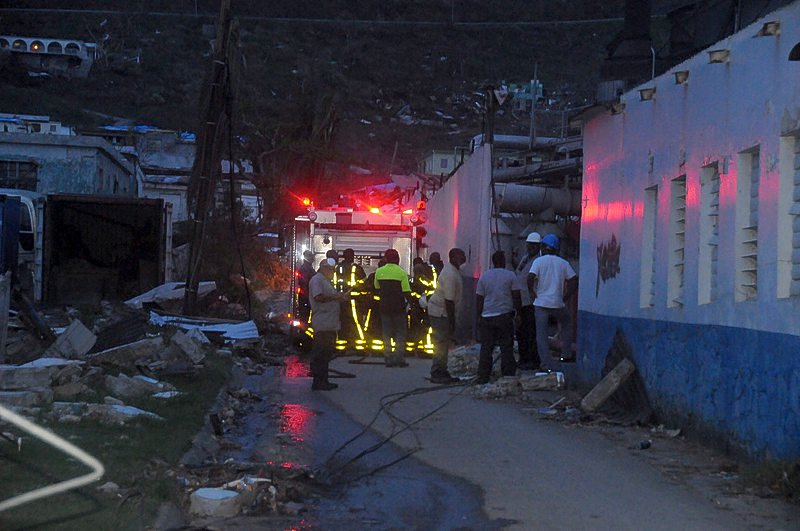 CAY BAY–Water and electricity company GEBE power plant workers were caught off guard when an electrical panel overheated at 5:50pm on Friday. The panel was on fire for ten minutes before GEBE workers acted quickly and put out the fire.

The Fire Department arrived shortly afterward and assisted the workers with securing the area and making sure the fire was out. Traffic was diverted to prevent any obstruction and no traffic was allowed into Cay Bay.
There were no injuries during the blaze and GEBE will have to assess the damage caused to its already fragile infrastructure. There was no official word from management whether any districts’ power was affected by the fire.
The police reported in a press release on Thursday evening that a generator had caught fire at the power plant, but The Daily Herald learned it was an electrical panel after speaking to the Fire Department.