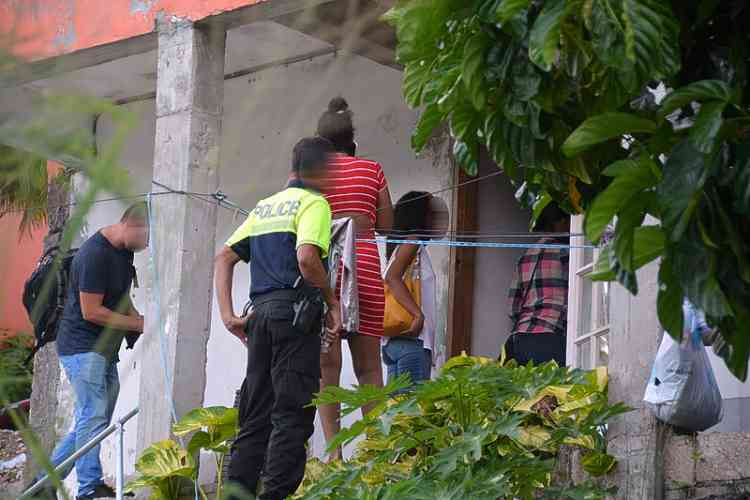 PHILIPSBURG–National Alliance (NA) Member of Parliament (MP) and former Minister of Public Housing, Environment, Spatial Development and Infrastructure VROMI Christophe Emmanuel and the Chief of his Cabinet while Emmanuel served as Minister, a woman M.A.R., were arrested Tuesday on suspicion of abuse of function and forgery, or complicity in such acts.

The two were arrested as part of an investigation named “Begonia.” It is yet to be seen whether other suspects will be arrested in this case, said the Prosecutor’s Office.

A team of law enforcement officials, which included the Prosecutor’s Office and the National Detectives of St. Maarten, swooped down on Emmanuel’s home in South Reward early Tuesday as part of the investigations. A Customs vehicle had been parked in front of the MP’s residence during the incident. Authorities also searched R.’s home, said the Prosecutor’s Office.

The Prosecutor’s Office said in a press release that the suspects were arrested by the National Detectives. The release said that, after a lengthy investigation, the two were arrested on suspicion of abuse of function and forgery or complicity in such acts, during their tenure at VROMI.

“The suspects are accused of unlawfully long leasing government land to acquaintances at the end of their tenure in 2017. As a result, other applicants were disadvantaged,” it was stated in the release.

Emmanuel issued more than 10,000 square metres in long lease agreements to eight persons (names provided to The Daily Herald), of whom three were part of his cabinet, including his chief of staff, in late 2017 while he was still VROMI Minister. This was before being ousted by a new coalition in Parliament. The ministerial decrees for all eight persons were signed on December 15, 2017.

Former VROMI Minister Miklos Giterson, who took office after Emmanuel, presented a letter to the Council of Ministers in February 2018, which gave a detailed account of how Emmanuel signed off on the leases. The leased plots were located opposite utilities company GEBE in Philipsburg. This action went against all advice issued by the VROMI Ministry at the time, Giterson had noted in his letter.

The Prosecutor’s Office has not confirmed or denied whether this was the reason for Emmanuel’s and R.’s arrest.