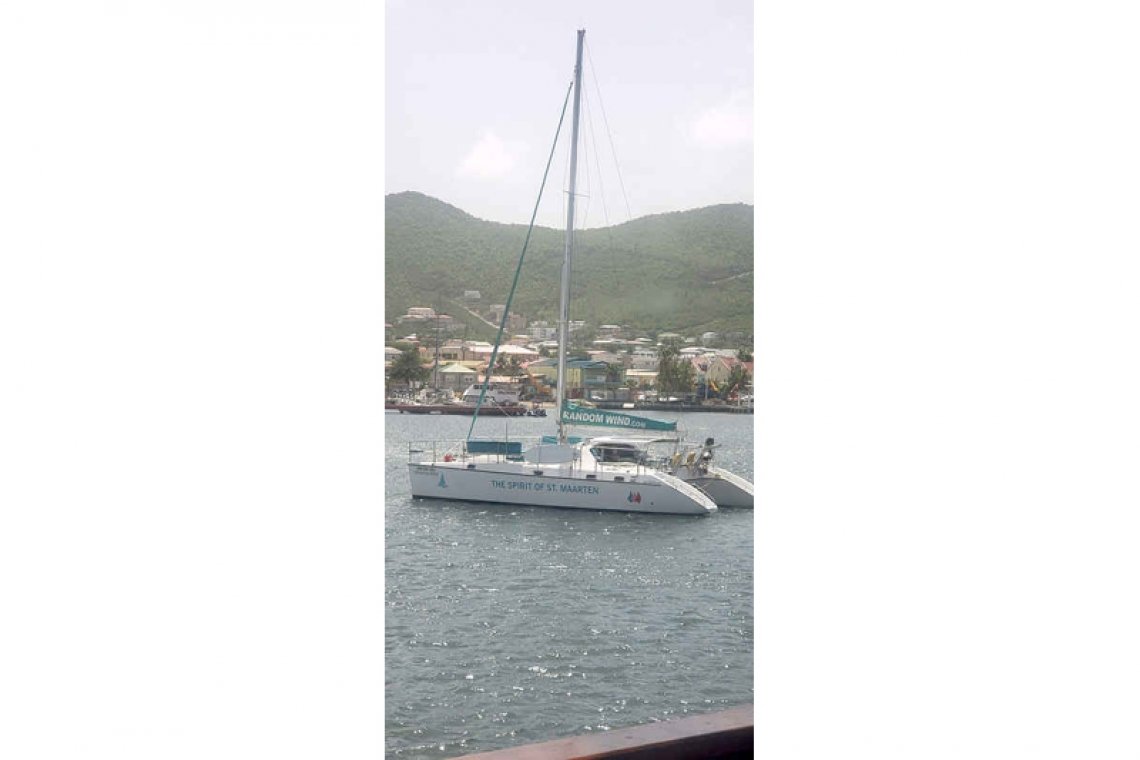 A catamaran entering Simpson Bay Lagoon on Tuesday morning to shelter from the effects of the potential tropical cyclone.

~ No business closures yet ~

As of 11:00pm Tuesday, Potential Tropical Cyclone Nine is packing 40 miles per hour (mph) winds, but has yet to develop a well-defined low-level circulation. It was also located approximately 340 miles southeast of the country.

MDS said the system was likely to become a tropical storm late Tuesday or early Wednesday. The next name on the 2020 Atlantic hurricane season storm name list is Isaias.

The system is forecast to affect the Lesser Antilles today, Wednesday, or tonight. Tropical storm force winds extend up to 230 miles from the centre, primarily to the northeast.

MDS Head Joseph Isaac said the potential tropical cyclone will produce total rain accumulation of 2-6 inches, with the heaviest rainfall likely to occur this afternoon and into tonight. This rainfall could produce flash flooding and rock falls.

Residents in areas prone to flooding or near the coast should make necessary preparations to protect life and property, said Fire Chief and National Disaster Coordinator Clive Richardson on Tuesday.

Isaac said sea conditions started to deteriorate on Tuesday afternoon and will peak this afternoon with swells up to 15 feet. A small craft advisory was issued at 5:00pm Tuesday, and a flash flood advisory may go into effect today.

Richardson said government has been preparing the country’s lone hurricane shelter for use.

While an EOC meeting was held at 6:00pm Tuesday, Jacobs had not mandated business closures as of press time Tuesday. She said this was due to the system’s uncertain track.

Jacobs said government would issue another statement at 6:00am Wednesday.

“Regardless of the exact track, the system is expected to bring locally heavy rainfall to much of the Lesser Antilles, and tropical-storm-force winds to portions of the Leeward Islands, the Virgin Islands, and Puerto Rico during the next 24 hours,” said the United States (US) National Hurricane Center (NHC) on Tuesday night.