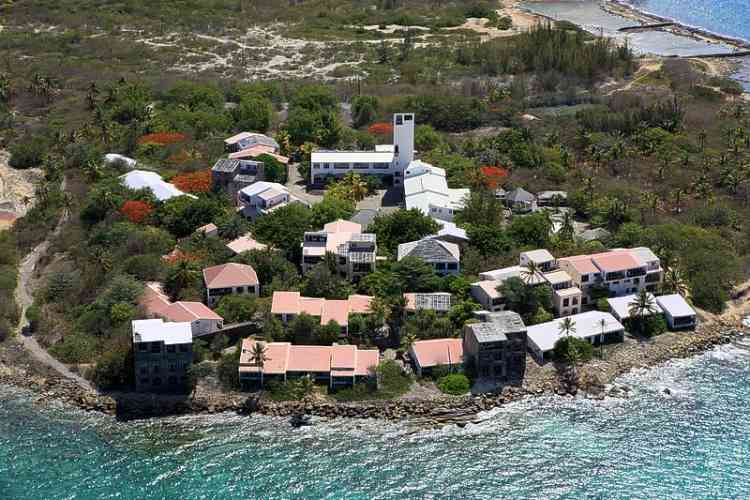 MARIGOT–Two women walking their dogs in the grounds of the former La Belle Creole Hotel property in Baie Nettle discovered a lifeless man’s body hanging in one of the ruined buildings on Sunday between 8:30 and 8:50am.

The walkers entered the property from the David’s Hole end and were about to turn left for the beach when one of the dogs hesitated outside one of the buildings. There they saw the body hanging from a rope inside the building. After reporting the incident, the witnesses were asked to wait until Gendarmes arrived, to guide officers to the body’s exact location.

On the scene French-side Vice-Prosecutor Yves Paillard said the deceased was a Dutch national between 30 and 40 years old and “mulatto in appearance.”

A burgundy-coloured Hyundai Sonata with tinted windows and Dutch-side licence plates was parked outside the La Belle Creole entrance on the main road and is suspected of belonging to the deceased.

The Prosecutor’s Office in Dutch St. Maarten confirmed that H. was wanted by Dutch-side police for the attempted rape of a minor on Saturday, August 17.

According to the police press release, M.D.C.H. (15) reported that her brother-in-law H. had tried to rape her at their home in Cay Hill about 11:00am Saturday. He was ultimately unsuccessful and detectives of the Juvenile and Morals Department were sent to investigate the incident.

Around 12:00pm the same day, Dutch-side police received a phone call from H.’s brother, who lives abroad. The brother informed police that H. had told him he was going to commit suicide.

Officers immediately initiated a search to locate the suspect, who had fled the scene of the alleged rape. However, H. was not found until his lifeless body was discovered the following morning.

“Our investigation is underway to make sure the cause of death is not suspicious,” said Paillard.

However, according to the police press release, H. “probably took his own life.”

Paillard added that an autopsy of the body should be performed this week to determine the exact cause of death. The results of the autopsy will be shared with Dutch authorities, the St. Maarten Prosecutor’s Office said.