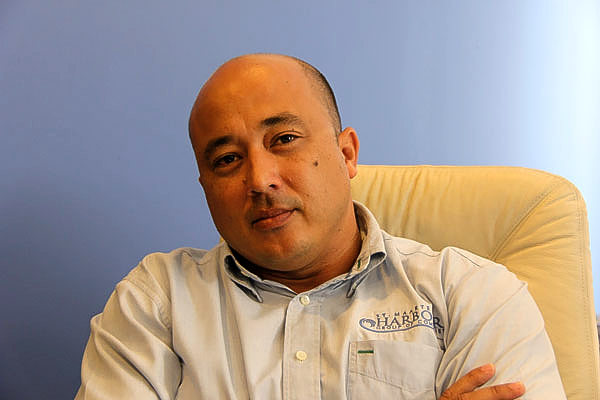 AIRPORT–Port of St. Maarten Chief Executive Officer (CEO) Mark Mingo was arrested at Princess Juliana International Airport SXM on Wednesday while checking in. His arrest is in connection with the “Emerald” investigation. Mingo was set to go on a business trip when authorities escorted him out of the Airport building.

According to Prosecutor’s Office spokesman Norman Serphos, the investigative team comprising the Anti-Corruption Team TBO and Kingdom Detectives Cooperation Team RST under the leadership of the judge also commissioned a search of Mingo’s house.

Serphos added that in the interest of the investigation the suspect is held “in constraint” and that therefore no further information can be given at this time. (When a suspect is held in legal constraint it means he can only have contact with his lawyer.)

In a statement to the media late on Wednesday, Mingo’s attorney Hans de Jong said Mingo denies having committed any criminal offence. “He is of the opinion that the arrest only took place for publicity reasons, given the fact that his attorney told the TBO that he was willing to report himself freely in case one would wish to interrogate him. He faces the future with complete confidence,” stated De Jong.

The Emerald investigation was launched in April 2016 when Checkmate Security owner O’Neal Arrindell was suspected of forgery, money-laundering and tax evasion. The Port St. Maarten and Checkmate offices were searched in November 2016. Arrindell was arrested already in this case and some of his property was seized.

The investigation is part of a larger investigation into fraud and corruption, also called subversive crime, considered a serious threat for the security and economy of the countries of the Dutch Caribbean. TBO, RST, the national detectives of Curaçao and St. Maarten and the Prosecutor’s Office are all partners in combatting subversive crime.