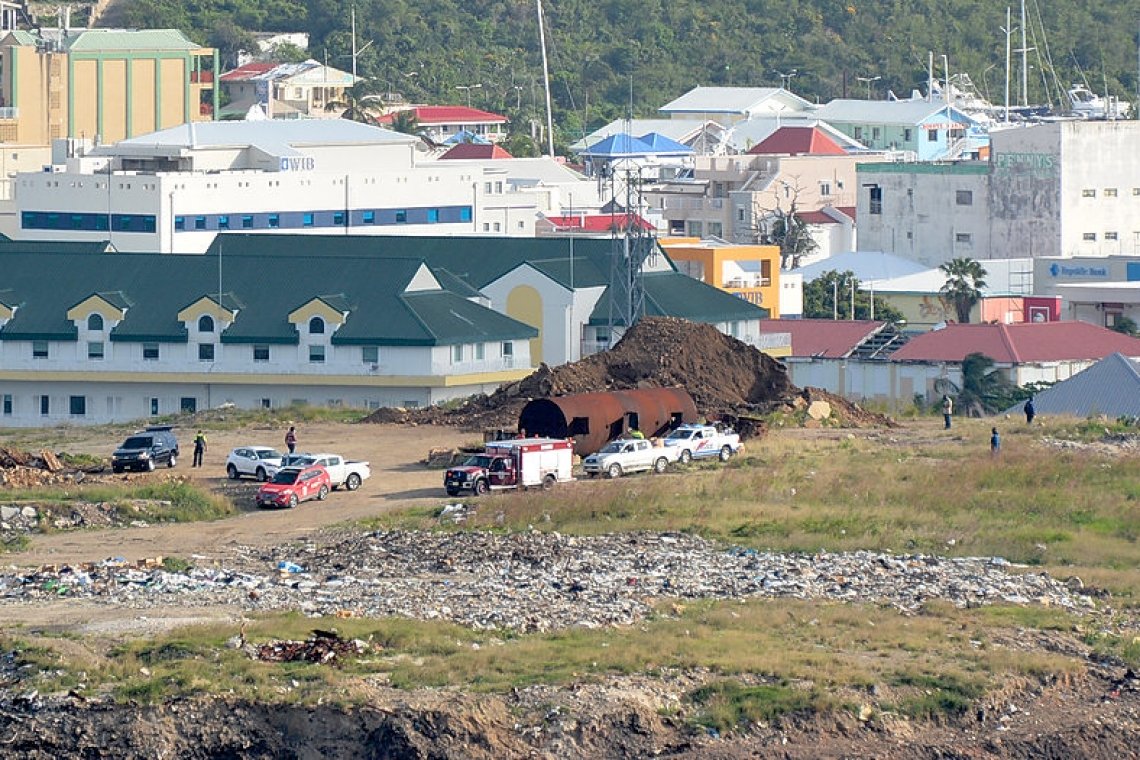 Authorities preparing to burn the marijuana on Friday afternoon.

PHILIPSBURG–St. Maarten Customs seized almost 2½ tonnes of marijuana on Friday, in what may be the largest marijuana seizure in St. Maarten history. The contraband was found in a container at Port St. Maarten.

Customs officers conducted a general control of several containers that were being offloaded from container ship Jamila. The vessel had arrived St. Maarten around 8:00am Friday, having departed for the island from Santo Domingo, Dominican Republic, on Thursday morning. The vessel departed St. Maarten for Guadeloupe around 9:00pm Friday.

According to Customs, officers opened a container that had originated in Jamaica and discovered approximately 240 cardboard boxes containing marijuana. The product was compressed and wrapped in plastic packaging.

Detectives of the St. Maarten Police Force KPSM and Prosecutor’s Office personnel then went to the port to start the investigation. After the preliminary investigation was completed, the contraband was loaded into seven pickup trucks and transported to the Philipsburg police station.

This caused quite a stir in Philipsburg, as the area was blocked off from pedestrian and motorised traffic while the marijuana was being taken into the police station for processing. Police said this was done for security reasons.

Police Forensic Department personnel weighed and photographed the seized marijuana, after which it was taken to the dump and burned under the supervision of the Prosecutor’s Office.

The police’s K-9 Unit was called to confirm that there were no more drugs hidden in other areas of the container.

As of 11:00pm Friday, authorities had not disclosed the quantity of marijuana found in the drug bust. However, The Daily Herald understands more than 2,400 kilogrammes (kg) of marijuana was seized by Customs.

Customs Head Anthony Doran said in a press release on Friday night that controls at the port will be intensified. He said these will include assistance from police and other law enforcement personnel.

Police said no arrests have been made in connection with the drug bust so far. The investigation is still ongoing, said police.