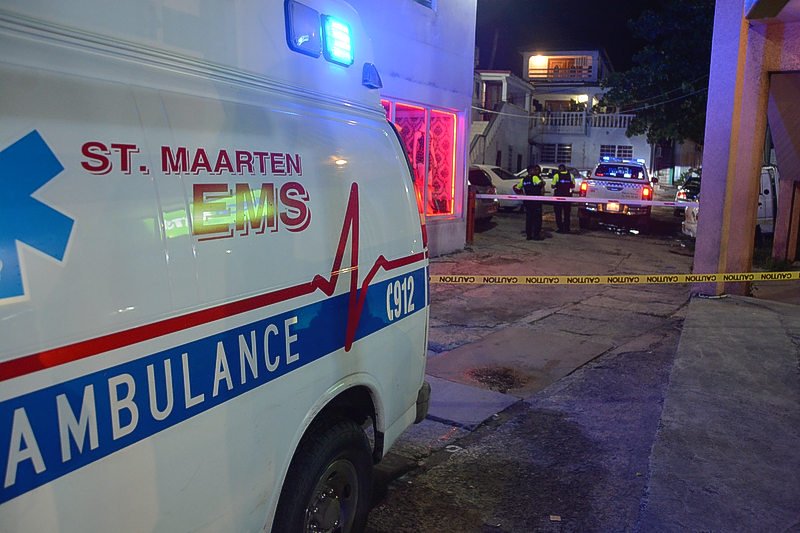 COLE BAY–Wednesday night’s shooting in Cole Bay left one dead and another wounded, said the St. Maarten Police Force KPSM in a press release Thursday afternoon. This is the first killing on the Dutch side in 2020.

The police dispatch centre received various calls around 10:30pm Wednesday regarding a shooting that had taken place in the vicinity of Peking Supermarket on Welfare Road in Cole Bay.

According to the press release, several police patrols, the Police Forensic Department and the Ambulance Department were sent to the location to investigate the incident.

At the scene, police encountered an unidentified man bleeding from gunshot wounds to his leg. According to information gathered by police from the injured man, two men dressed in black approached him and another man and shot them both. After shooting the victims, the suspects fled in the direction of Cay Bay.

The injured man informed officers that his friend had been taken to the hospital by family members. He told police he did not know which one of the island’s medical centres he had been taken to. Police later found out the second victim had been transported to Louis Constant Fleming Hospital on the French side.

French-side authorities later confirmed that a man had appeared at Louis Constant Fleming Hospital with gunshot wounds and had died. He is the first person to be killed in a shooting on the Dutch side in 2020. Police said the identity of the deceased man has not yet been verified.

Ambulance Department personnel treated the first victim at the scene before rushing him to St. Maarten Medical Center (SMMC) for further medical care. His injuries were not life-threatening and he was later released.

Police said the Detective Department is investigating the shooting and requests assistance from the public. Anyone who has information is asked to contact police at tel. 1-721-542-2222 ext. 204/205 or the anonymous tip line 9300.

Persons who have information can also visit the police website