Home Headlines & Top Stories UPDATE: One killed, another injured in shooting on Pond Island | THE... 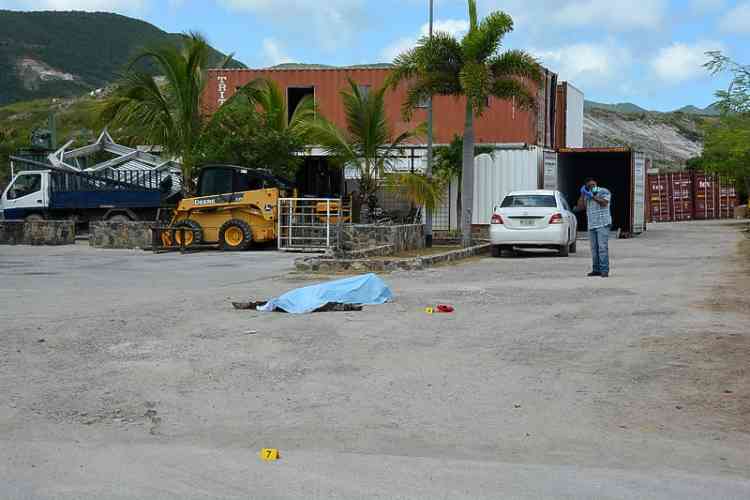 The scene of the shooting on Thursday morning, where one man was killed and another seriously injured.

POND ISLAND–One man is dead and another injured in a shooting that occurred in the vicinity of Clean St. Maarten and telecommunications company TelEm on Pond Island around 11:00am Thursday.

The incident appears to have started from an altercation on Thursday morning between a man A.R. and two other men over a matter of business. A.R. left the area afterwards and returned later with a firearm and shot the two men.

One of the victims died at the scene, having sustained a fatal gunshot wound. The injured man was shot multiple times and was treated at the scene by personnel of the Ambulance Department. He was later transported to St. Maarten Medical Center (SMMC), where he is said to be in serious condition.

The identities of the victims were not known up to press time Thursday night.

The police have confirmed that after the shooting A.R. turned himself in at the Philipsburg police station and is being detained. The Daily Herald understands that the suspect drove himself to the police station in a small, red vehicle. However, this has not been confirmed by police.

The investigation into the shooting is ongoing, said police.