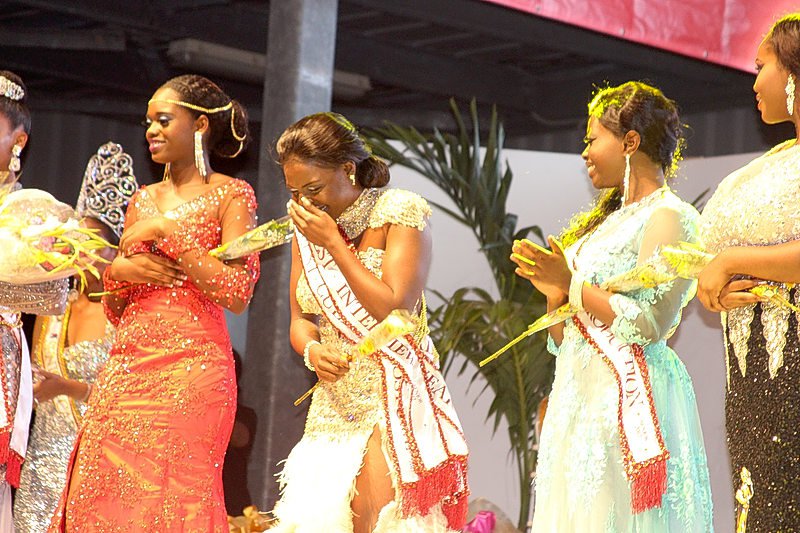 PHILIPSBURG–Shakainah Arrindell-Pompier became Teen Carnival Queen and Shanice Powell captured the Senior Queen title in Carnival Village close to 4:30am Wednesday. The two ladies dominated their respective segments and went home with most of the sashes in the early morning.

Supporters consisting of teens and pageant-lovers stayed put throughout the night and waited for the crowning event, even though it was a school night. The event was not as well attended as in previous years, but the production was considered to be up to the standards of previous years.

A special section was made at the front of the stage for dignitaries and members of the media. Posh Productions President Ana Rabess-Richardson congratulated the two young ladies for capturing their crowns.

Teen Queen Arrindell-Pompier displayed her wit during debate evening held outside of the Village recently. In the Healthy Body/Sports Wear show, another pre-event by organiser Posh Productions, Pompier dominated the stage in a boxing outfit and showed off her boxing skill in her presentation to judges.

Shanice Powell won eight sashes and the crown after two pre-events and the main show on Tuesday. Powell also shone during pre-events and spoke confidently about improvements she would like to see for the island.

During the pageant night, from Introduction to winning Best Interview, Powell did not fall short in any of the segments that counted the most. She won Miss Photogenic, Marketing, Debate, Creative Swimwear, Best Culture Speech, Best Carnival Costume, Best Evening Wear, Best Interview and the title of Senior Queen.