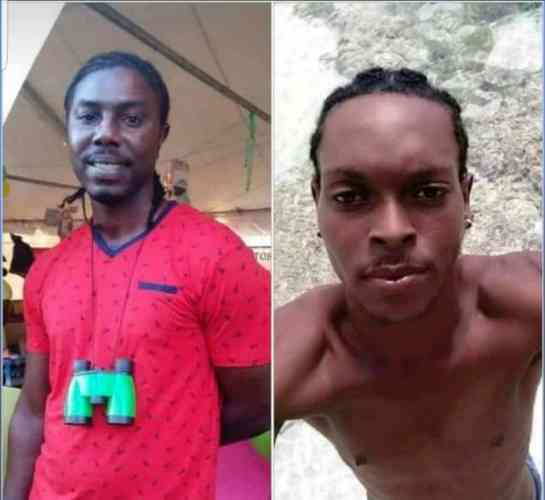 MARIGOT–Prosecutor Yves Paillard said Thursday the investigation into the discovery of two male corpses in Baie Lucas near Oyster Pond is focusing on information regarding two missing men from Antigua, one of whom arrived in St. Maarten on Saturday, November 10.

This newspaper received photos and a description of one of the missing Antiguans from the family which were passed on to the Gendarmerie on Wednesday evening in the hope a match could be made with one of the corpses.

Paillard, however, was guarded with his comments: “It is too early to say if one of the bodies is that of an Antiguan man. We are not absolutely sure and cannot confirm. But there is no suspicion of any crime.”

The missing Antigua man is named as Pedro Potter (37) who has two young boys according to his family.

“He travelled to St. Maarten alone by plane,” his sister told The Daily Herald by phone from Antigua. “He is a mechanic and repairs cars and boats. He goes often to St. Maarten to buy parts. He normally stays about two days and sometimes sees some friends. But this time we heard nothing from him which is very unusual and why we are so worried. We are not sure what he was travelling for this time.”

The sister indicated she had been contacted by the Gendarmerie to say the autopsy on the bodies would be done on Monday, November 19.

Following sightings by the public, Gendarmes pulled the first body from the water in Baie Lucas on Tuesday and the second body on Wednesday afternoon in more or less in the same place. Both were young Antillean males. The investigation continues.

A subsequent press release issued by the Prosecutor on Thursday evening said: “Between November 13 and 14 at the end of the day, two bodies of young men, without identity documents, recently drowned, were recovered near Coralita Beach, near a frail, poorly motorized and unidentifiable boat.”

“Medical and scientific investigations are underway to confirm their identity, which may correspond to persons reported missing recently in Antigua. The causes of death are being investigated. In the absence for the moment of a criminal lead, indications point to an accident at sea.”

Anyone who may be able to help identify the bodies and provide information to assist the investigation can contact the Gendarmerie’s search section by dialling 17.

Meanwhile a report on the Antiguanewsroom website reports that Antigua police confirmed the bodies of Pedro Jerome Potter and Ozandee Benjamin of Antigua were found on a beach in St. Martin on November 13, 2018. Potter’s body was found first at 9:30am while Benjamin’s was found the next day at 5:00pm.

No confirmation of the identities was given by the Gendarmerie or Prosecutor in St. Martin.