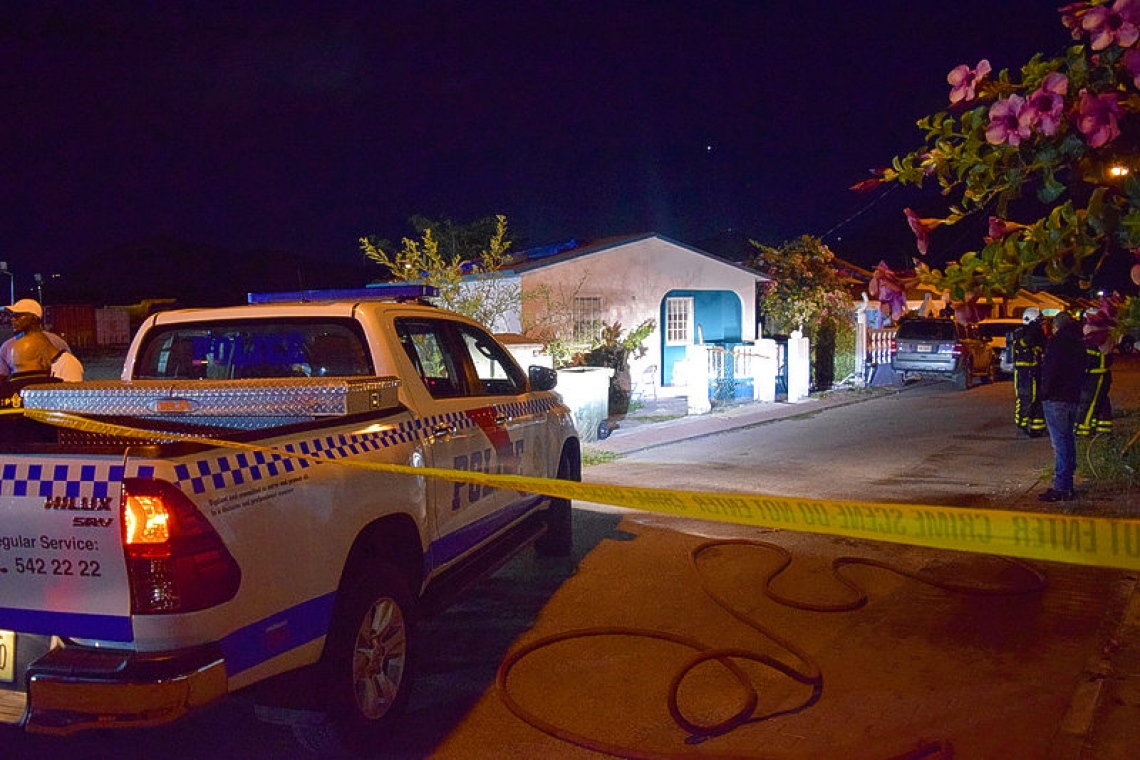 Authorities conducting the investigation into the shooting on Monday night.

SUCKER GARDEN–A man J.J.B. was killed and a woman A.M.S. was critically injured in a shooting at a home on Pendant Cactus Drive in Sucker Garden around 7:50pm Monday.

The man was shot four times – once in the jaw, once in the chest and twice in the shoulder. The woman was shot in the head and in the hip. Both were treated at the scene by Ambulance Department personnel and were rushed to St. Maarten Medical Center (SMMC), where they were given emergency medical care.

The man succumbed to his injuries and died at SMMC about an hour after the incident. The woman was said to be in critical condition. As of press time Monday, this newspaper understood she was being prepared to be flown to Colombia for further medical treatment.

Police personnel could not access the scene directly after the shooting because of a potential gas leak in the home. The St. Maarten Fire Department was then called to the scene and firefighters conducted an inspection of the property. Police began the forensic investigation around 9:00pm Monday, after being given the all-clear by firefighters.

Shortly after the shooting, a teenage boy J.A.B. turned himself in at the Philipsburg police station. According to police, he told officers that he was “involved in the shooting that had taken place in Sucker Garden earlier.” He was arrested and handed over to the Detective Department for questioning.

“The St. Maarten Police Force would like to express its condolences to the family of the deceased,” said police in a press release on Monday night.