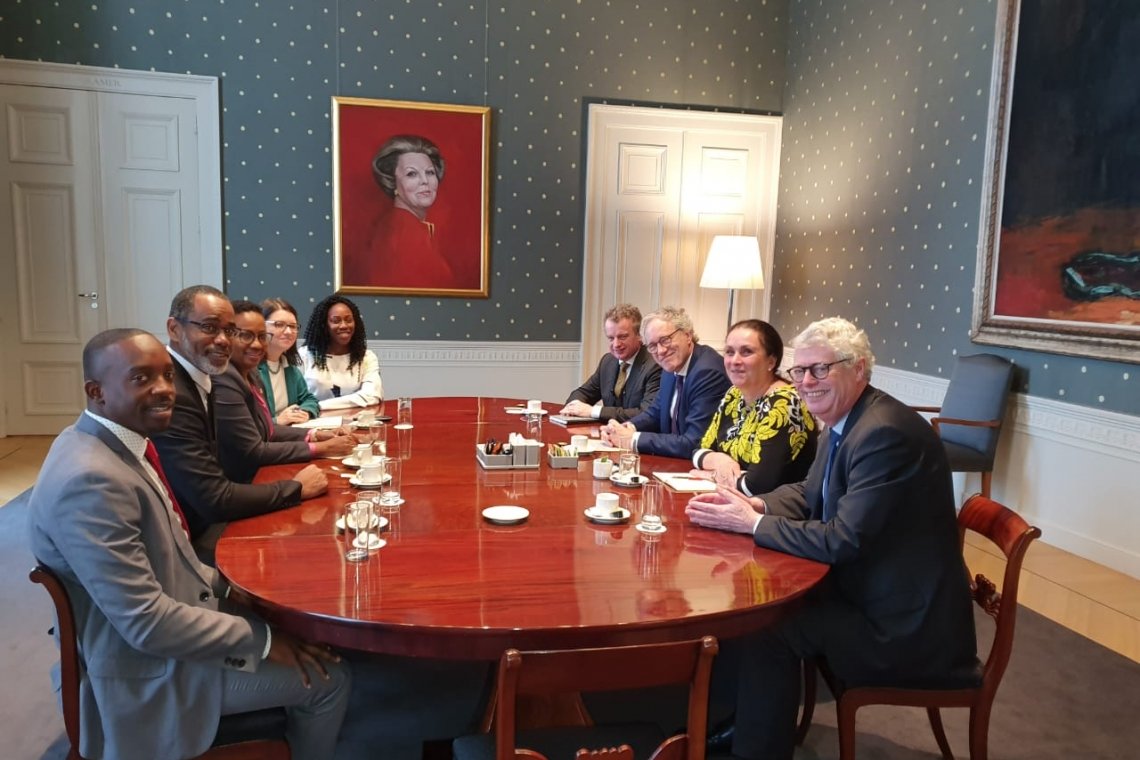 ~ Knops: Two preconditions to be met ~

THE HAGUE–St. Maarten and the Dutch Government have reached consensus for the provision of liquidity support for St. Maarten in keeping with advice from the Committee for Financial Supervision CFT.

St. Maarten will have to meet two preconditions before the funds are released. This was the main outcome of a meeting Prime Minister Silveria Jacobs and St. Maarten Minister Plenipotentiary Rene Violenus had with the Kingdom Council of Ministers on Friday.

Jacobs and Violenus represented St. Maarten in the meeting, which was set to discuss “the agreed-on 2018 and 2019 liquidity support for St. Maarten.” Jacobs said in a press release that following the ministerial consultation held on Friday morning prior to the Kingdom Council of Ministers meeting, parties were able to reach a consensus regarding liquidity support in keeping with CFT’s advice that a liquidity norm of two months’ reserve should be maintained.

This was later confirmed and established in the Kingdom Council of Ministers meeting.

“We look forward to more positive meetings in culmination of this week in the Netherlands,” Jacobs said in the release. “Minister Plenipotentiary Rene Violenus and his cabinet have diligently made a lot of preparation for these meetings and they have taken part in the meetings as well. We look forward to the Minister Plenipotentiary and his staff continuing to represent St. Maarten at a high level in the years to come.”

Dutch Minister of Home Affairs and Kingdom Relations Raymond Knops said following the meeting: “We decided to provide liquidity support, based on the advice by the Committee for Financial Supervision. It determined the immediate need for liquidity at 50 million guilders.

“But there are two preconditions. The first is that the budget for 2020 should include enough resources for justice, police and detention. The second is a cut for the salary of politicians. If those two conditions are met, we will proceed to providing liquidity support.”

Knops expects that St. Maarten will meet both conditions. “There is a pledge regarding the first condition, which only has to be included in the budget. The second condition has reached an advanced stage,” Knops said. He confirmed that promises or good intentions are not enough. Like previously, the budget has to be approved by parliament. Only then will liquidity support be available.

Knops was positive about Jacobs joining the Kingdom Council meeting. He already had contacted her and Minister of Finance Ardwell Irion to discuss the financial situation, the formation of a new government and possible consequences for the recovery programme. He considered her presence as being a good opportunity to meet the other members of the Kingdom Council of Ministers. “It was a good meeting,” Knops said.

Jacobs, Irion and a delegation were in the Netherlands this week for a series of meetings. “We are here to make connections aimed at improving the working relationship within the Dutch Kingdom based on mutual respect and understanding in the best interest of the people of St. Maarten,” Jacobs said.

Meetings were held on a technical level with technical representatives of the Ministry of Interior Affairs and Kingdom Relations BZK.

“We’ve shared with Minister Knops that we find it very unreasonable that pension reform is a condition for liquidity support, as this topic is an extremely sensitive topic all over the world. Additionally, it is also clear that the people of St. Maarten, including the unions and the members of parliament, still have great concerns where the draft pension reform law is concerned,” Jacobs said.

During both meetings, Irion informed Knops and the technical representatives of BZK concerning CFT advices which support St. Maarten’s need for the promised liquidity support for 2018 and 2019, which were also discussed.

The St. Maarten delegation also met with Minister of Foreign Affairs Stef Blok to discuss research related to visa policies in the Caribbean. They also met with Dutch Caribbean counterparts in that context in preparation for this discussion in the Kingdom Council of Ministers.

Additionally, the St. Maarten delegation paid a courtesy visit to St. Maarten’s representative in the Council of State Maria van der Sluijs-Plantz and her support staff.

Courtesy visits were also paid to Vice-President of the Council of State Thom de Graaf, Chairman of the Second Chamber Jan Anthonie Bruijn, and Committee for Kingdom Relations of the Second Chamber of the Dutch Parliament Chairman Jan Paternotte. During these visits, the delegation touched on the dispute regulation for St. Maarten.

In these meetings, Jacobs stressed the importance of communication, representation and input from St. Maarten in decisions related to the island. “Ways in which these may be improved are also being highlighted. The delegation is working towards making sure St. Maarten’s voice is heard in the plenary sessions of the First Chamber as it pertains to the discussions on the dispute regulation,” said Jacobs.

The ministers concluded their trip with an evening meeting with some of St. Maarten’s students and other St. Maarteners at a reception organised by the Cabinet of the Minister Plenipotentiary in The Hague.